Some more modules from Tabletop-Modellbau have arrived

The manufacturer published some new modules for lakes and a new waterfall. As I had seen these modules I immediately ordered them for my terrain setting for Muskets&Tomahawks as I had some new scenarios in mind that could work quite well with these new modules.

Last saturday I had some time to arrange a new layout including the new modules. As always I recognized that I should have ordered some more of them. :)

This arrangement with all its placed units and models is was just for fun to bring the terrain to life.

As my comrads are more likely to play using the rules of "BlackPowder" I had the problem to increase my units to give them a better look. As I like my regiments to carry their flags in the middle of the unit I decided to give my regiments one more base.

My Grenzers also had only four bases with three men each and so I had to paint up three more figures.

The unit existed of figures of CrusaderMiniatures and as I didn´t have some more to paint them up I wondered if the figures of FrontRank would fit - and in my opinion they do fit very well.

So the reinforcements for my Grenzers are made of FrontRank Miniatures. 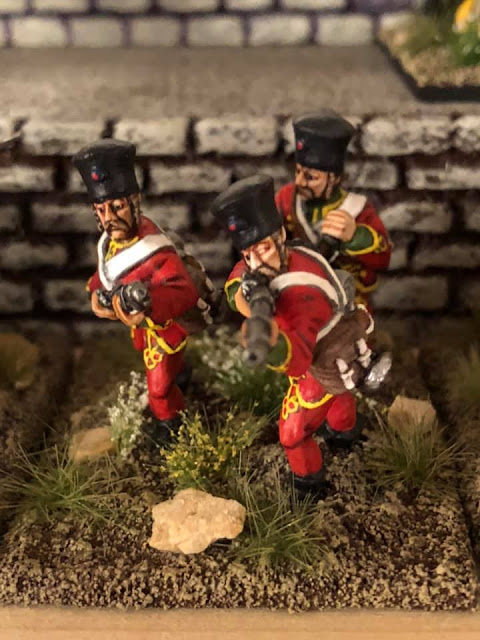 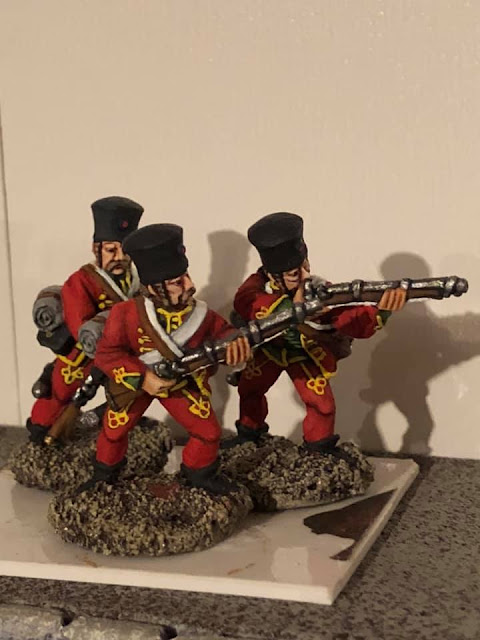 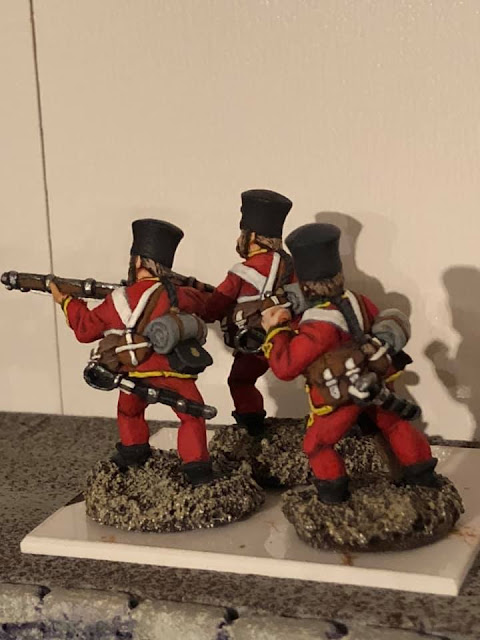 here is the third and also the last of the three brigade Commanders I needed for my Austrian force for "BlackPowder". Now it´s done I will be able to place at least three brigades of my Austrian Army.

This time the Commander is the FrontRank figure of Baron Ernst Gideon von Loudon.

I love the figures of FrontRank very much as the poses are excellent and the figures are really fun to paint.

As I love to create little dioramas concerning the bases of the Commanders this time I had a little problem.

The figure of Loudon is looking upride while he is waving his hat and now the challenge was to give him a suitable counterpart. Ok, maybe I should have placed another Cavalry figure, but I didn´t have one.

As the aristocrats and people in the 18th century had been very godly my first idea was to build up a cross. Loudon´s pose would look like he was praising the Lord and asking for the Lord´s help in battle.

But in BlackPowder the Commanders sometimes are moved to units with the order of "follow me". It might look strange if the cross would walk with Loudon around the battlefield.

The second thought was to place a flagbearer next to the General and now Loudon is waving his hat to honour the insigns of the crown represented by the flag.

Both ideas in mind I decided to put some magnets on the base next to Loudon and so I am able to do both - placing the cross or the flagbearer. 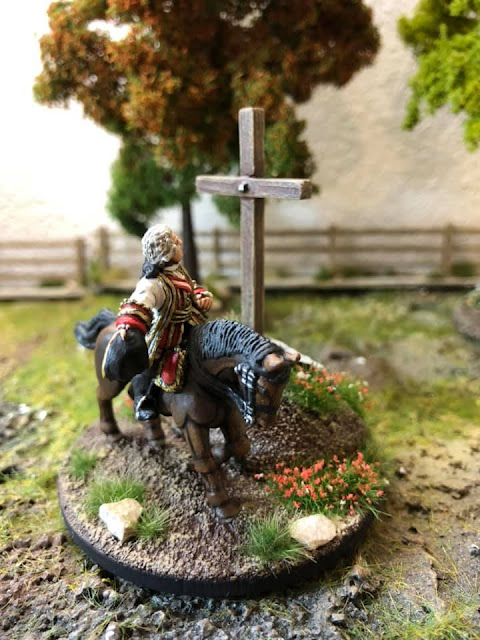 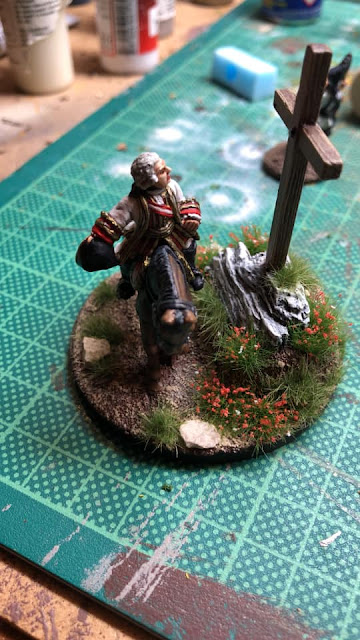 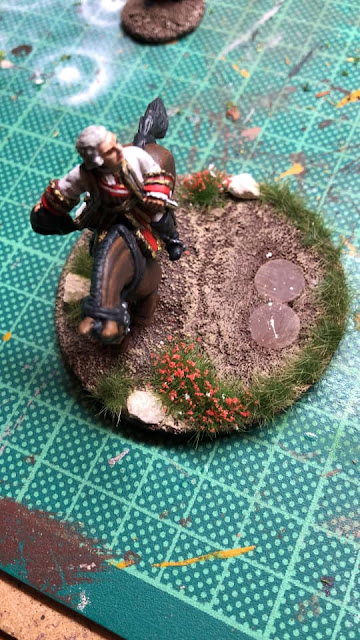 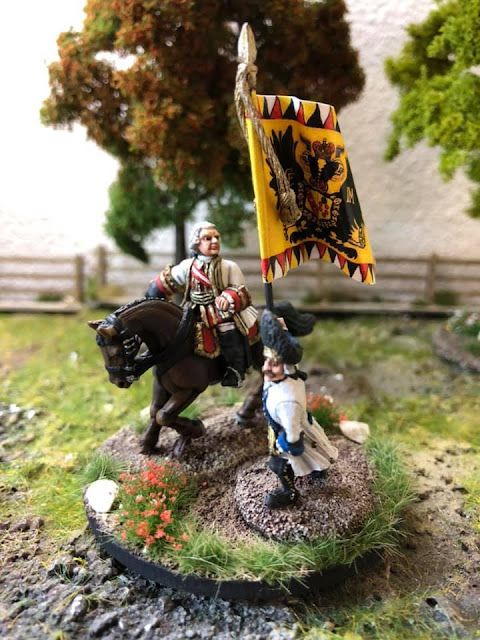 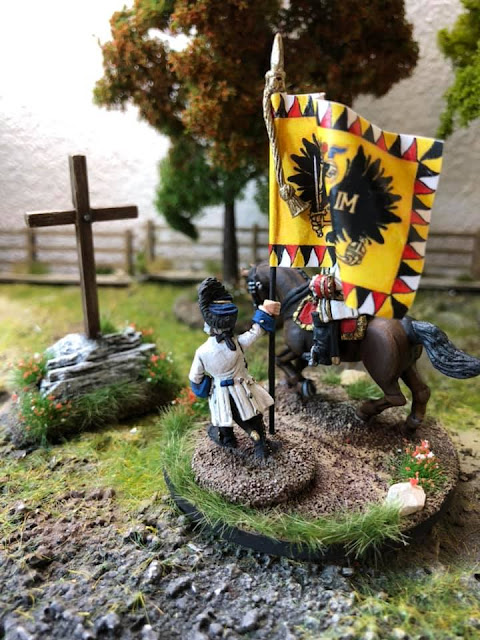 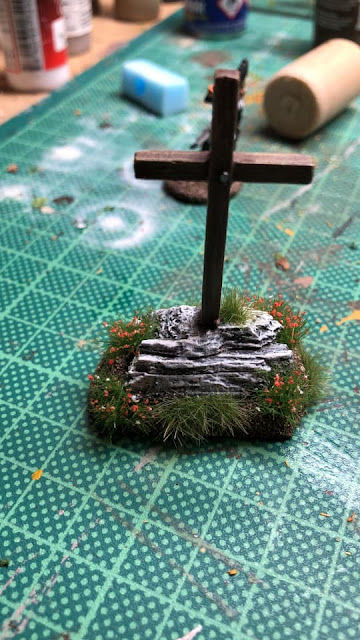 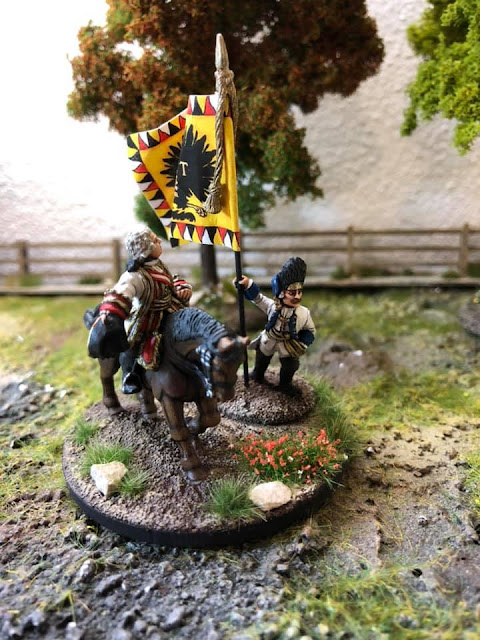 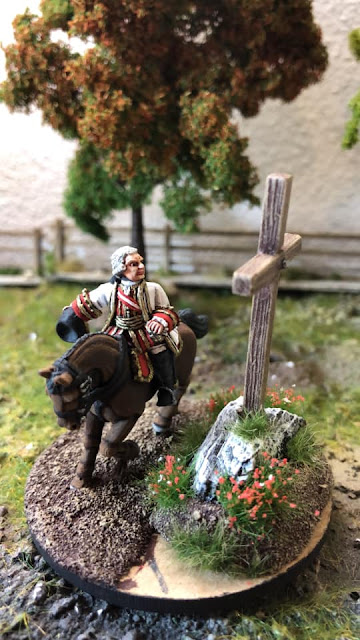 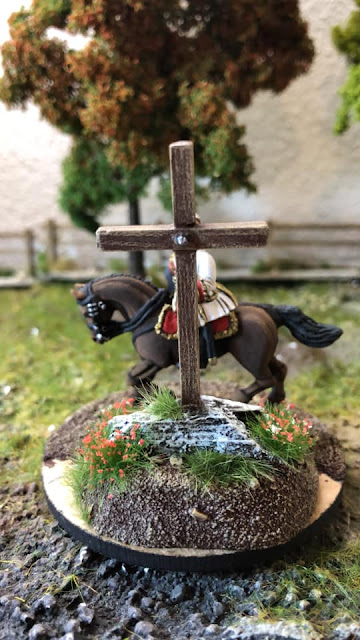