Vikings and Normans from the past

SAGA - Oh no, not another project please
Figures:  Crusader, Perry and others
Scale:  28mm

"And lead us not into temptation" - this was my first thought as I read on our club´s forum that two of my wargaming comrades decided to buy SAGA today.
Oh no, not another project.

But it sounds very interesting and I remembered that I painted up some Vikings and also some Normans a few years ago.
Here are some pictures just without any terrain. 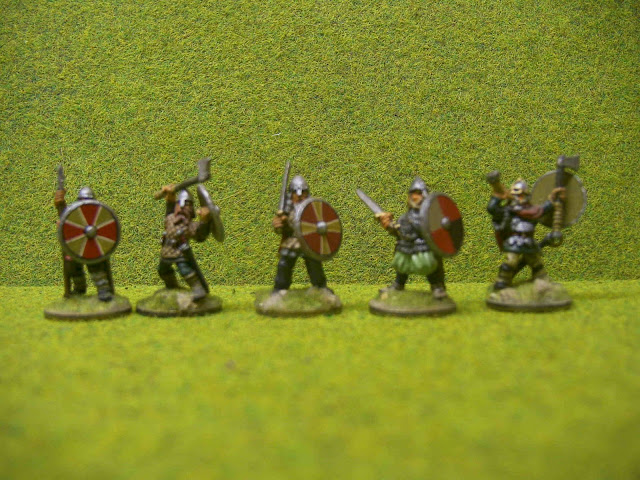 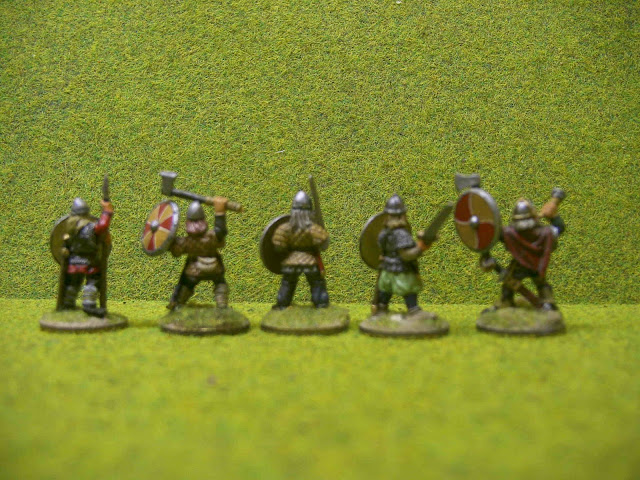 These Vikings had been one of the first 28mm-minis I ever painted.
At that time I painted with Humbrol and Revell.

The Normans had already been painted with acrylic paints. 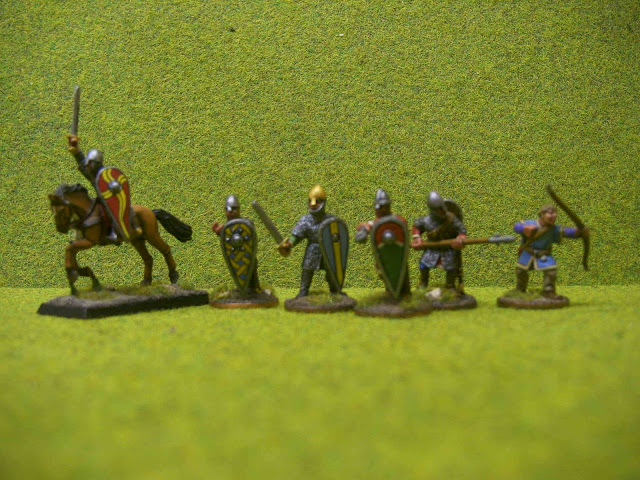 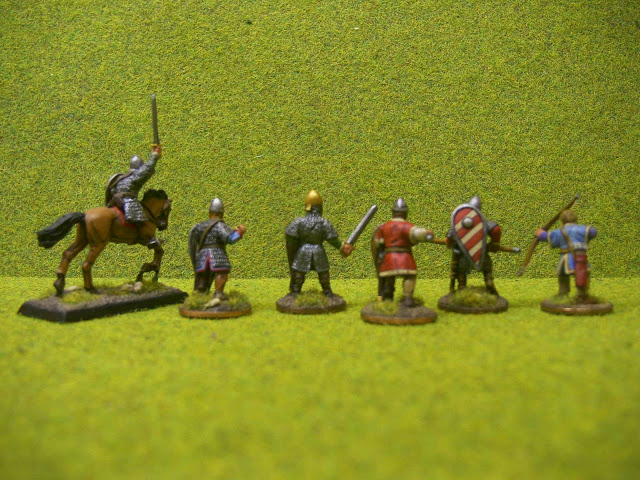 I still do have several unpainted figures of Vikings and Normans within my lead-mountain.

I think my comrades got me, too.
Or I am going to use their fascination for SAGA and sell my figures to them. :)

I had been very busy since my holidays and time for painting up figures was very rare.
So the last post concerning finished figures was in the mid of August I think.

Simultaneously I wanted some alternation to my most favourite period, the SevenYearsWar and turned over to the Early Republican Rome, the period which is my second favourite. 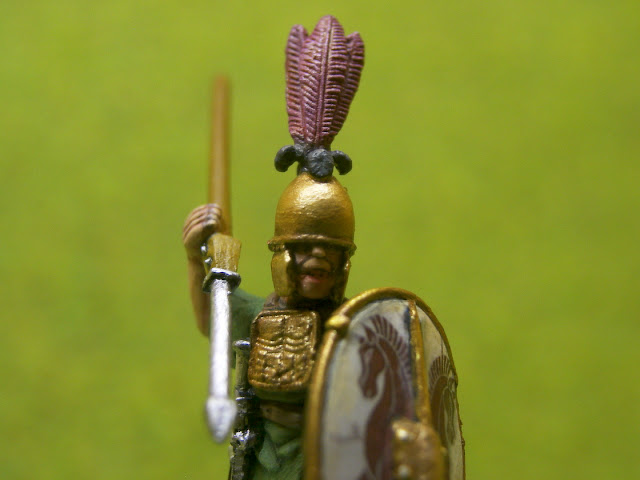 So I decided to finish one of those wonderful Aventine figures that I´ve bought for another project some weeks ago.

Painting this miniature had been great fun and these figures are one of the best figures I´ve ever seen for this great period. 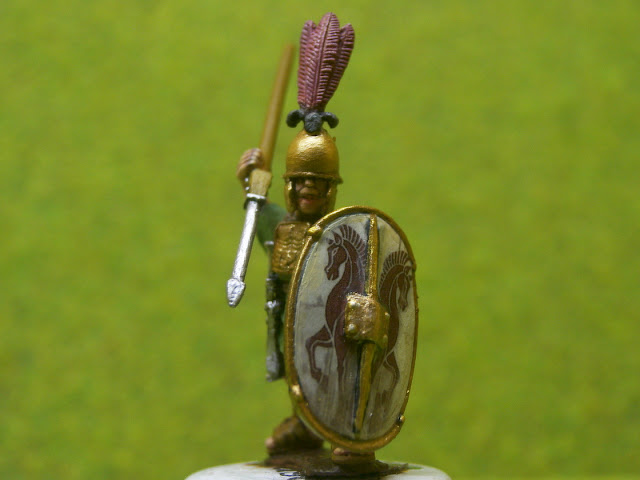 The shield decals are from LittleBigMan Studios and in my opinion also one of the best on the market. 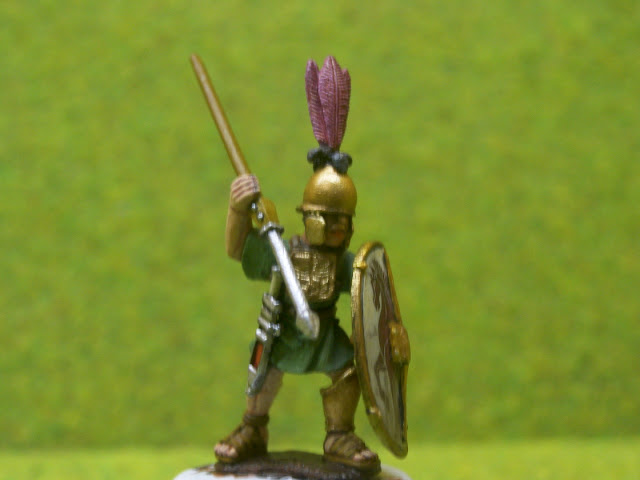 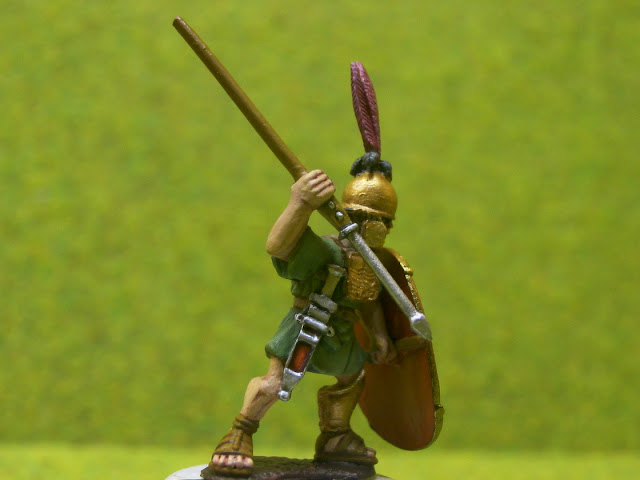 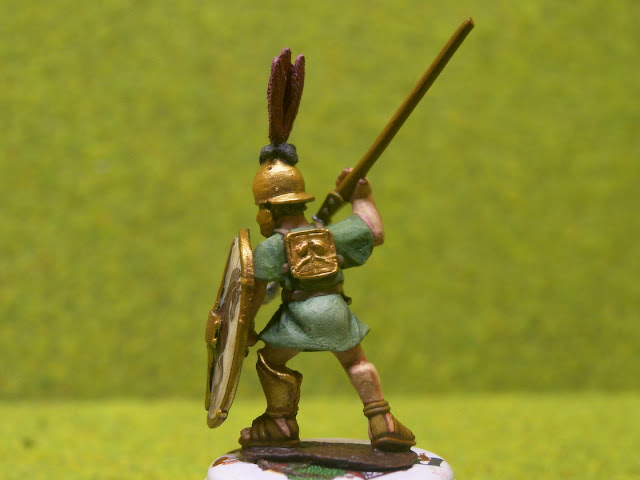 The only things missing are matt virnish and some other figures to build a first base.

By the way, this was just a short excursion.
The next figures on my table are again units for the SevenYearsWar.

So many projects, so many wonderful figures, such less time - such a shame. :)

Yesterday we (these are my comrades Franz and Valerio and me) had a great time at our friend´s (Christopher´s) home.
It was again a full day of pleasure playing great games and enjoying superb hospitality.

The first impression we got was this wonderful prepared battlefield.
We expressed a big "Wow" as we entered the holy halls of Christopher. 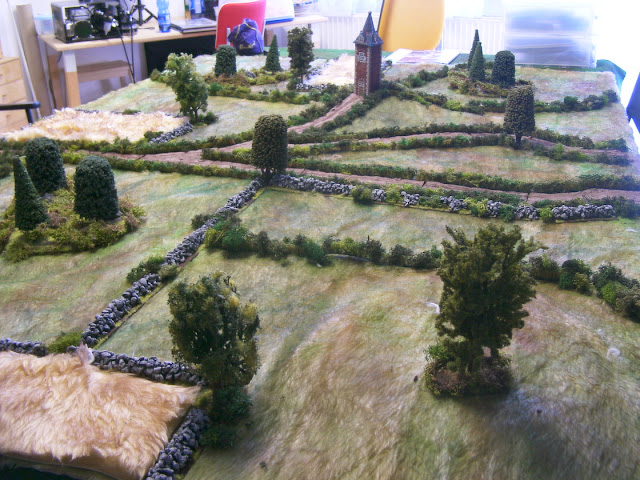 This was the table there our two planned games would have been set in scene.
The tower in the middle was the object for both games.
Please have a closer look at this wonderful tower on the blog of Christopher
www.christopher-bunkerhill.blogspot.de 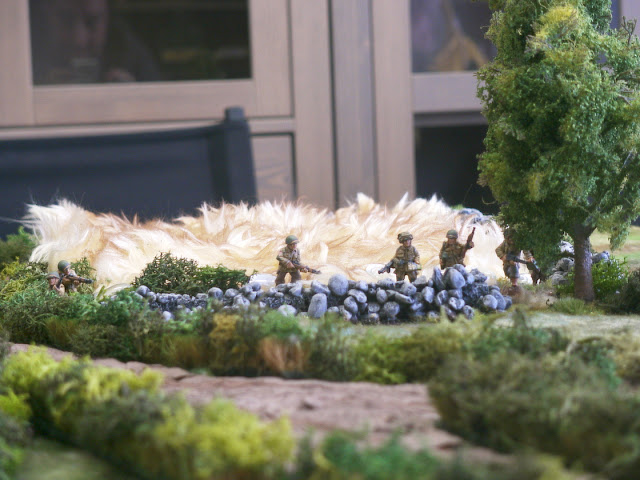 The first game was OperationSquad.
Except Christopher we never played this ruleset before.
We used to play DisposableHeroes a several times and had been very excited to get to know the difference between both systems.
We had a squad of American paratroopers and a squad of German Wehrmacht.
One of the aims was to place figures within the tower.
So both sides placed their figures to get really fast into the object and also to be able to fire at the enemies trying to do this.

Here are some pictures of this game. 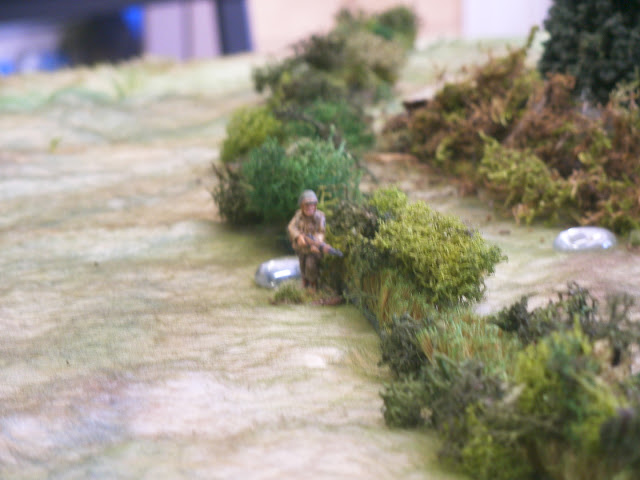 Using the hedge for cover and hiding. 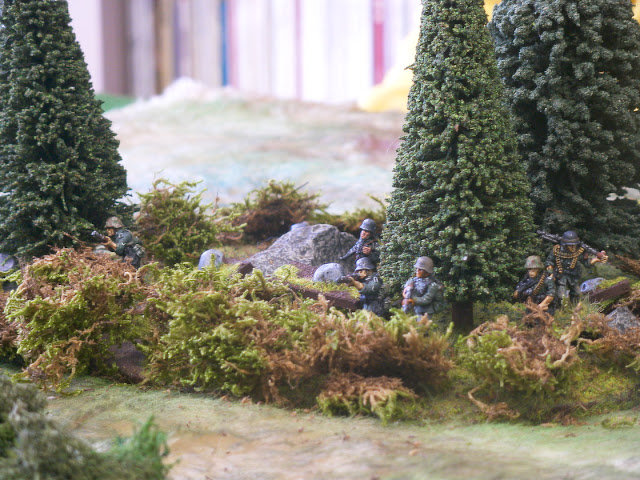 The Germans hiding within the woods. 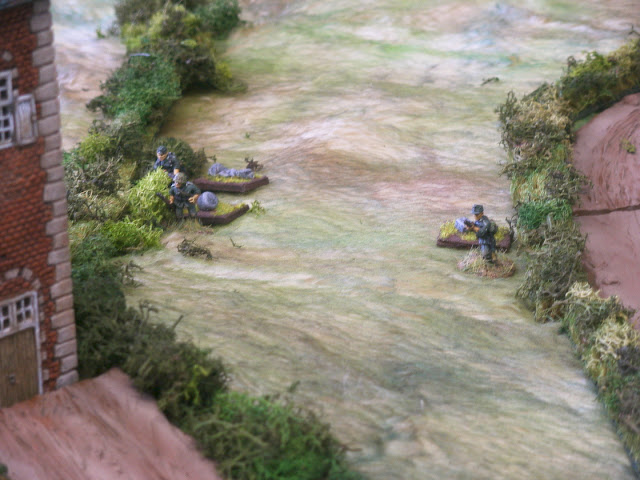 German soldiers preparing to run for taking the tower. 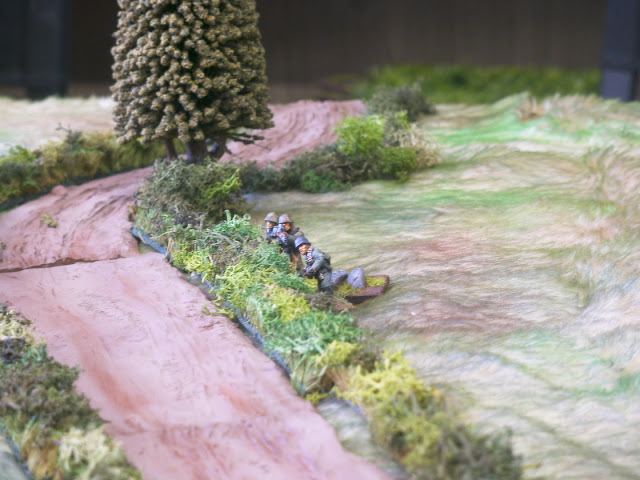 A German MG42-team and a sniper taking position. 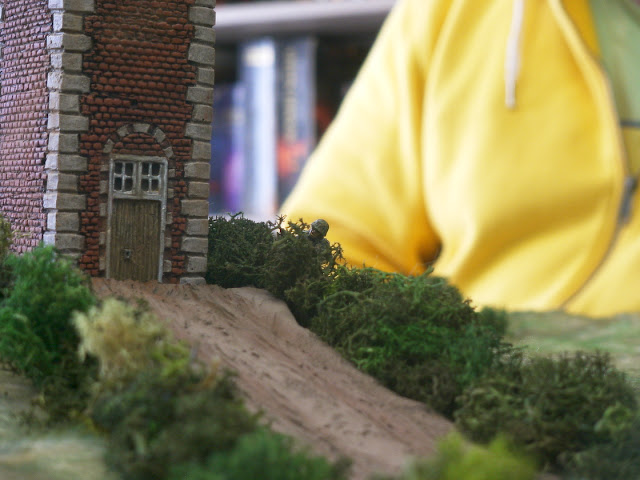 Maybe you can see the German soldier? 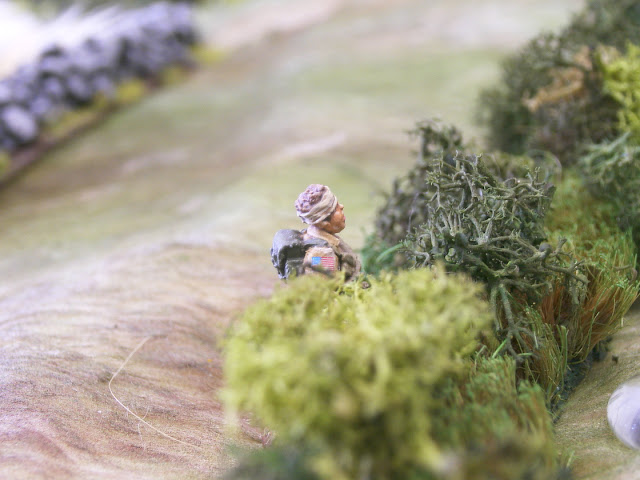 Meanwhile an American paratrooper tried to get over another hedge to run to the tower. 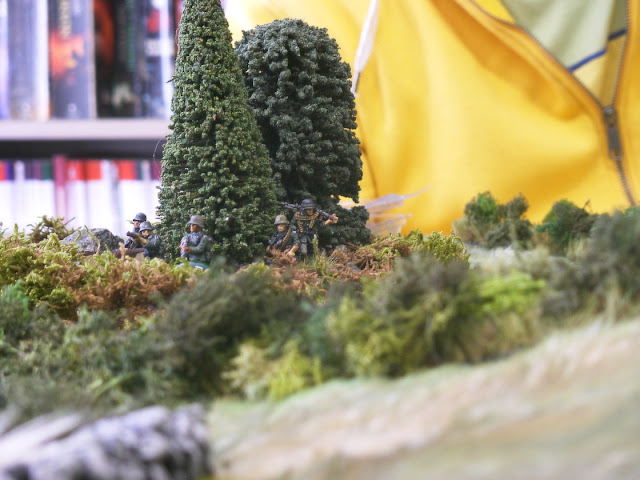 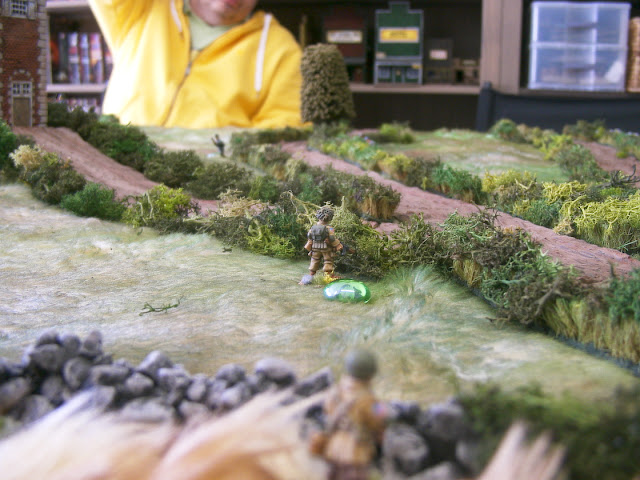 We ran out of time to finish this very fascinating game of OperationSquad.
We all enjoyed the system.
But as we also wanted to test another BlackPowder game, we changed the period.
We chose a small battle during the FIW.
Taking a closer look at the units you will recognize that the French had Austrian allies and the British and their militia troops are from the time of the AWI.
As we didn´t have enough historical correct units we had to mix up a little bit.
But we just wanted to try the game´s mechanism.
So if you should worry about that just imagine this was a battle between two imagi-nations. 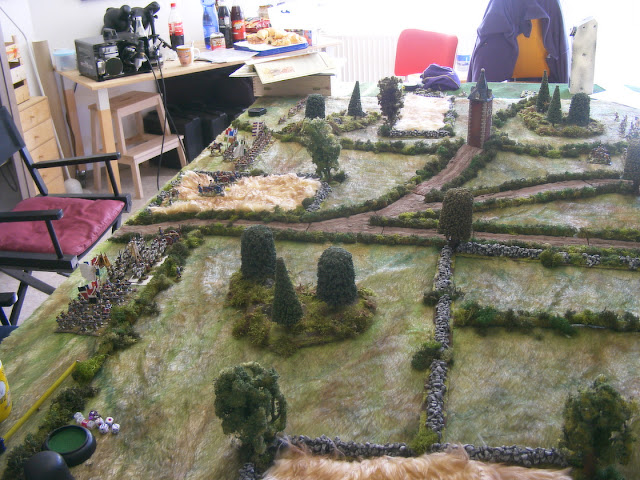 Again, the object was the tower.
Also the two crossroads would count as victory-points. 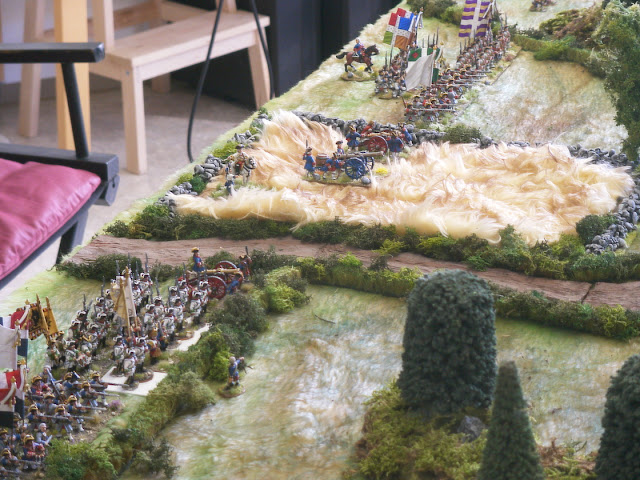 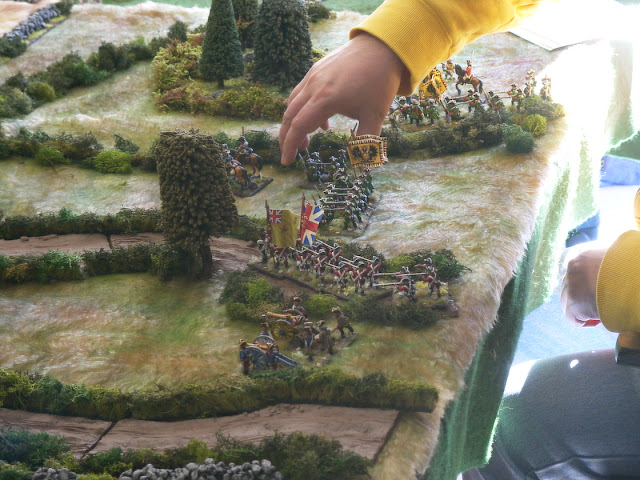 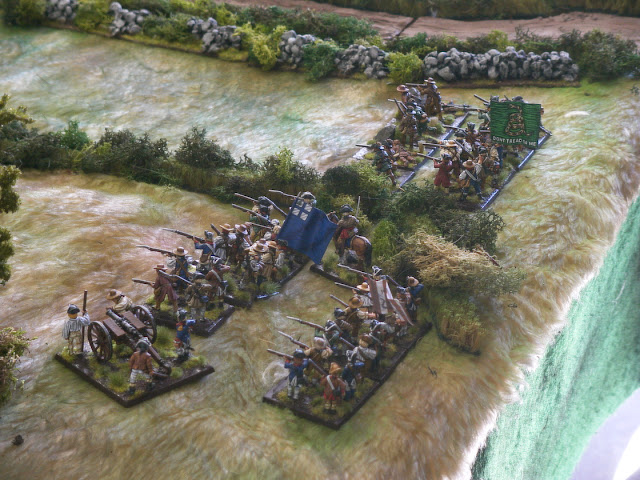 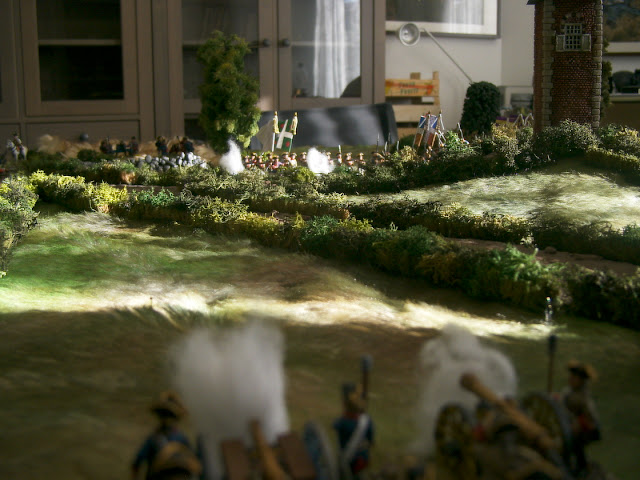 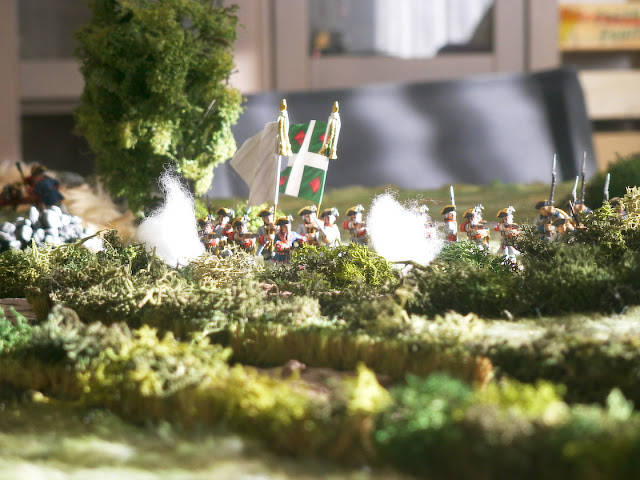 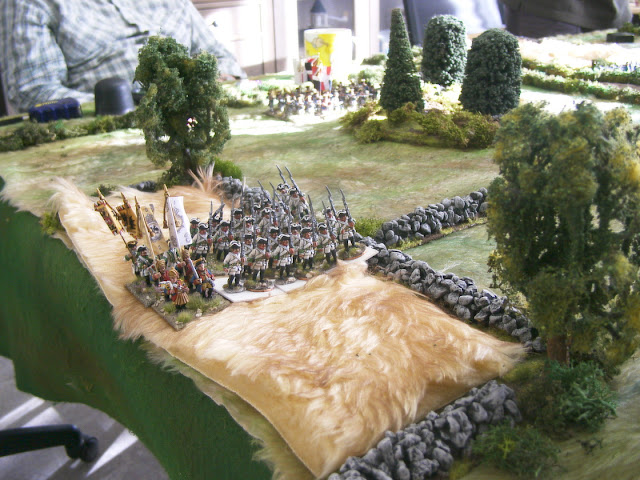 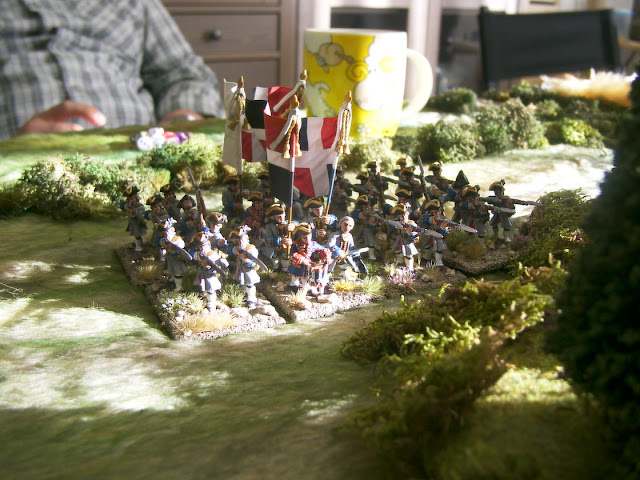 Again the day has gone too fast.
But as always it has been a great pleasure and we all had a wonderful time.
Many thanks once again to Christopher.
May the next date for gaming won´t last too long.