This is the first almost finished stand of my regiment I´m doing during the next few weeks. It´s going to be the regiment of prussian fusiliers No41. 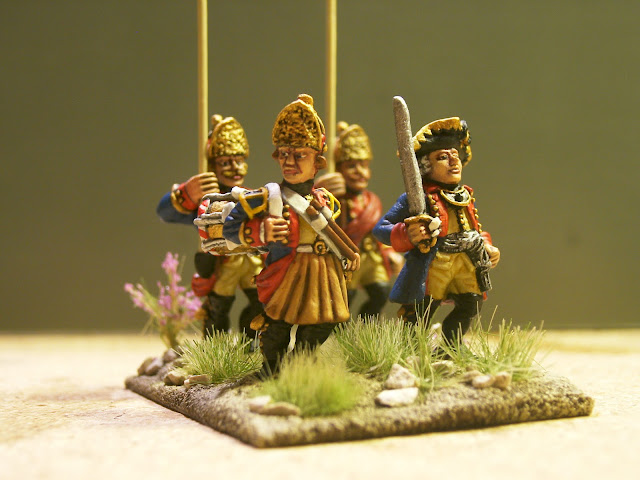 The basing is done in the pattern of "Die Kriegskunst". I hope that I will manage to play this game in future, though there are still a lot of minis to paint for that. 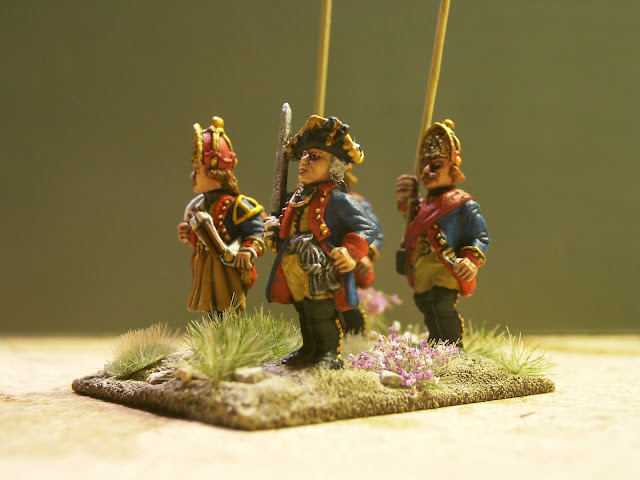 My comrades and I also want to test the rules of Sam Mustafa "Might and reason" and also the new one "Maurice" that is going to be published in summer 2012. I hope that the basing does fit for these rules. 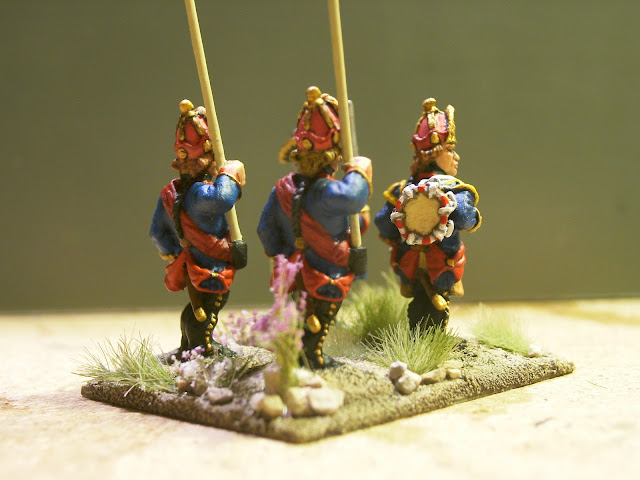 The shown command stand isn´t ready yet. I´m awaiting a delivery from GMB with the needed flags. But to give you an impression of how this flag looks like I also placed a photo of it. 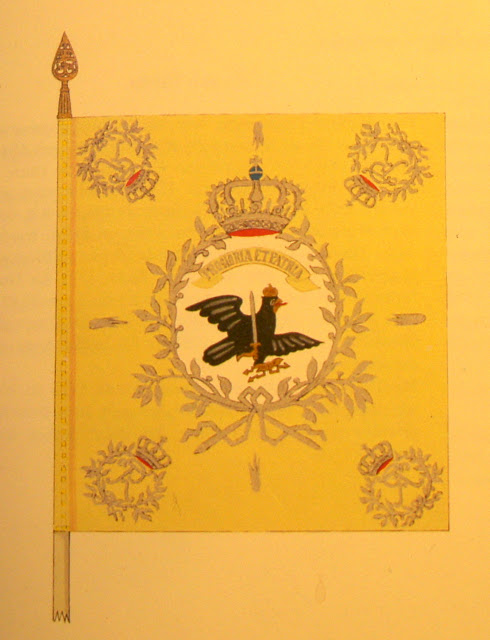 The regiment will have 20 figures in summary. So here´s another picture of the other guys waiting for their recruitment and their prussian coats. 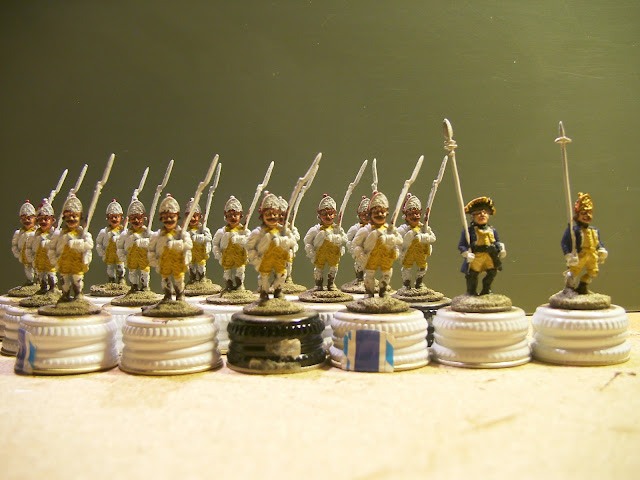 Though I already posted a few pictures of my first unit several months ago, I decided to show some photographs of a second unit that I managed to finish today. So the royal artillery of my french army has grown a little bit. For the first unit hasn´t been based yet I just changed this, too. So the photos show both units. Hope you´ll enjoy them. :) 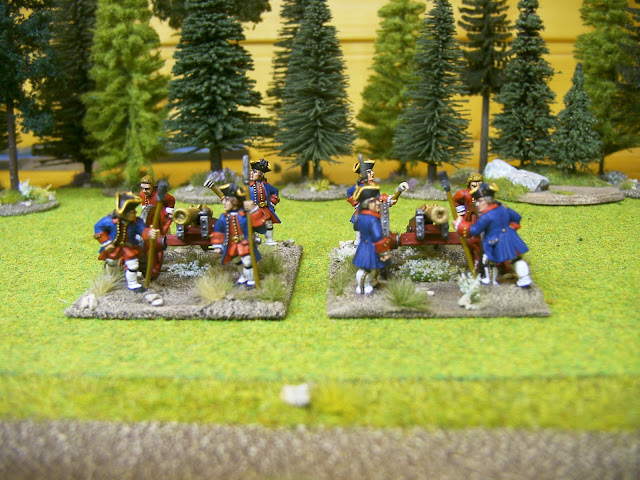 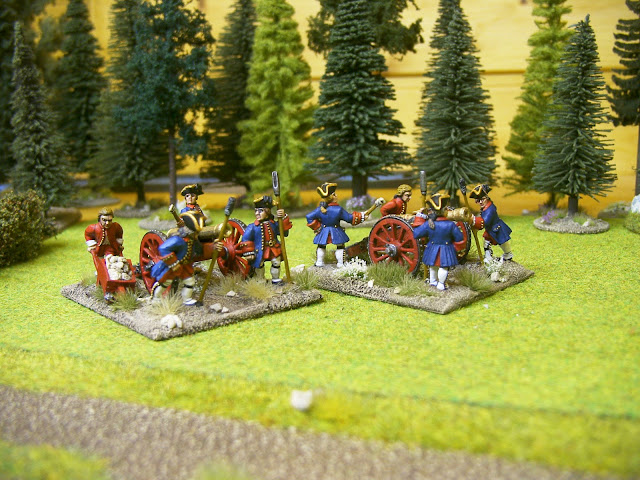 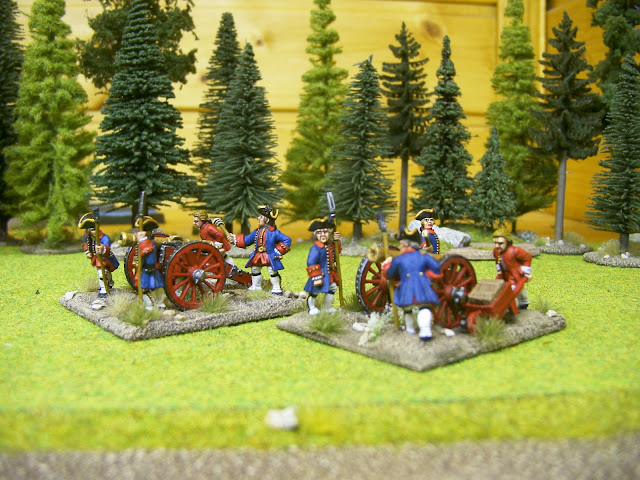 Here are some pictures of my today's work: a grain field enclosed by fences. I was just taken with the fences I modeled a few days ago, so I decided to create a suitable grain field. 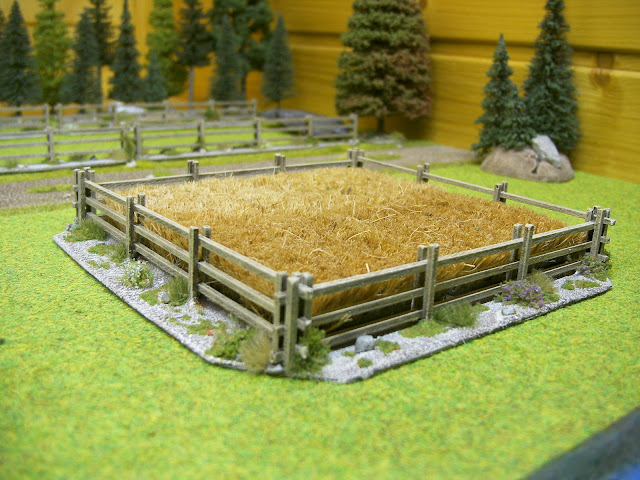 The grain is made of a cut door mat. There are four pieces which can easily been taken away from the base. 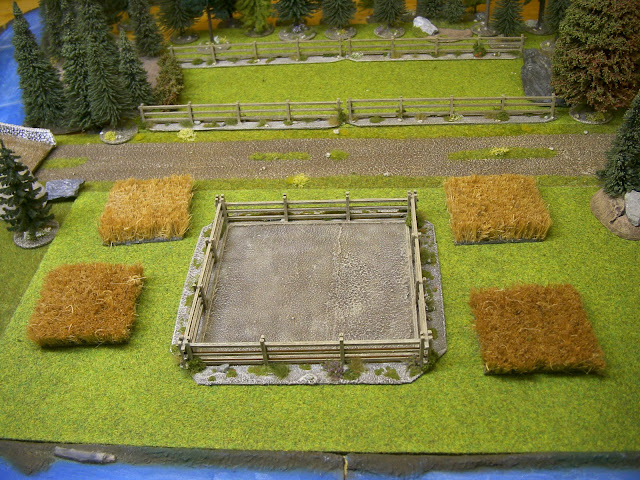 So it´s possible to leave some grain within the fences and station some figures on the base. There could be some skirmishers in a game, hidden by the grain and waiting for raiding troops advancing near to the field. 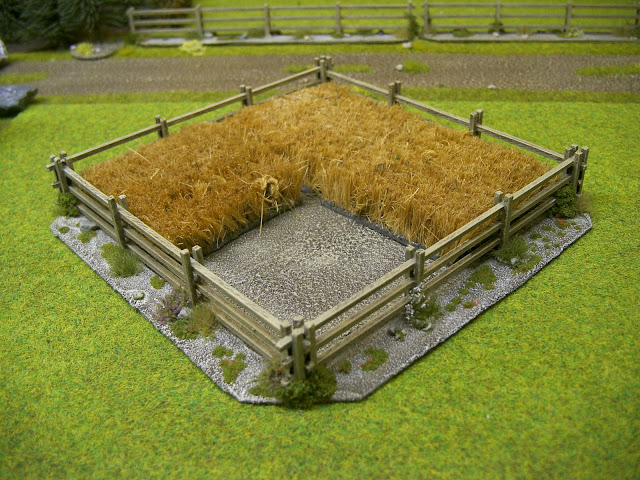