Building a rocky little piece of terrain - Tutorial No2

So, here I am again with part two of my little tutorial.

After the milky mixture of white glue and water had dried out I just gave the bark a primer with "fortress grey" from GamesWorkshop. 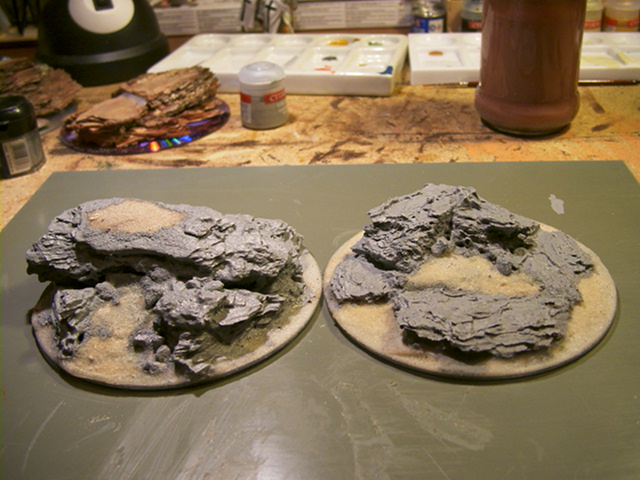 I let this paint dry again for several hours.
The next step was to dry brush the rocks with GW´s "skull white".
One could use several steps of dry brushing starting with a very dark grey and work forward to at least white.
But I didn´t because the result was fine enough in my opinion. 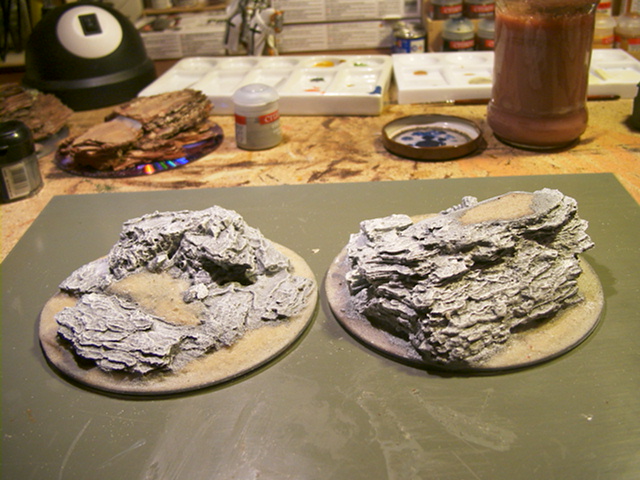 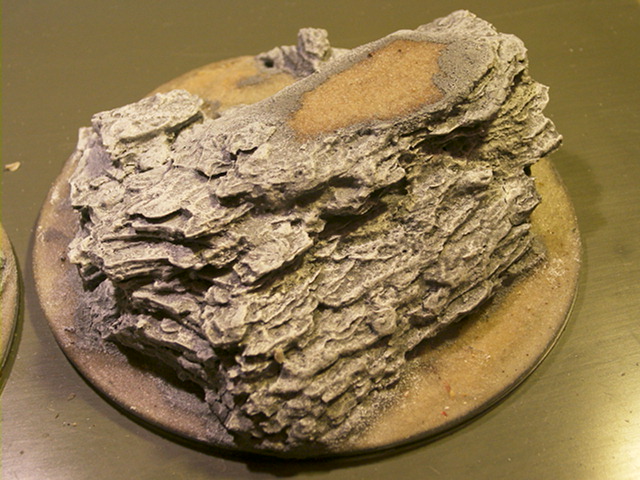 As you can see I only painted the structure of the stones yet. 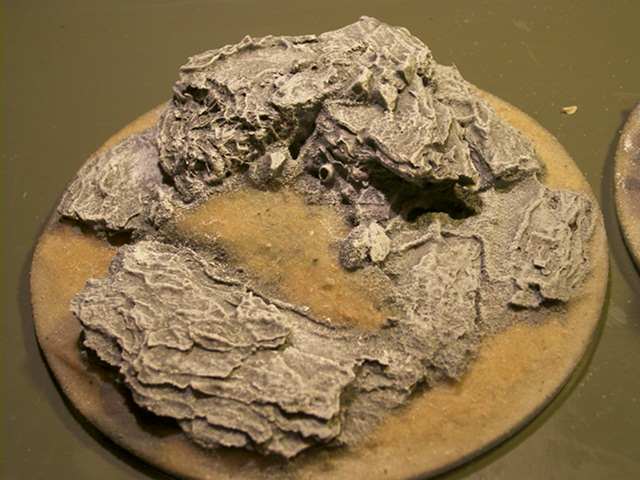 The following is to give paint to the sanded areas. I used GW´s "scorched brown". 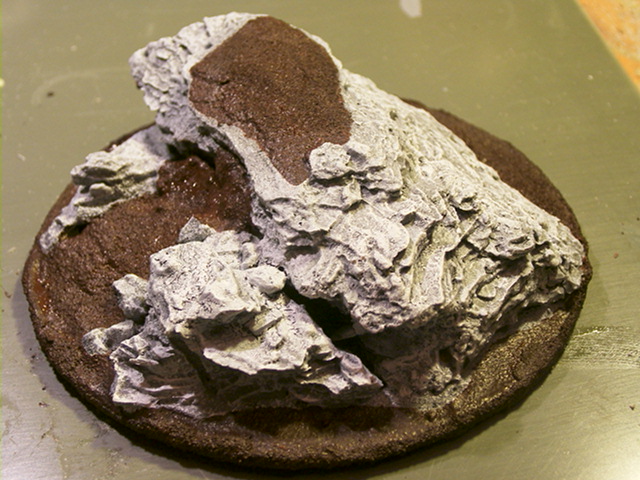 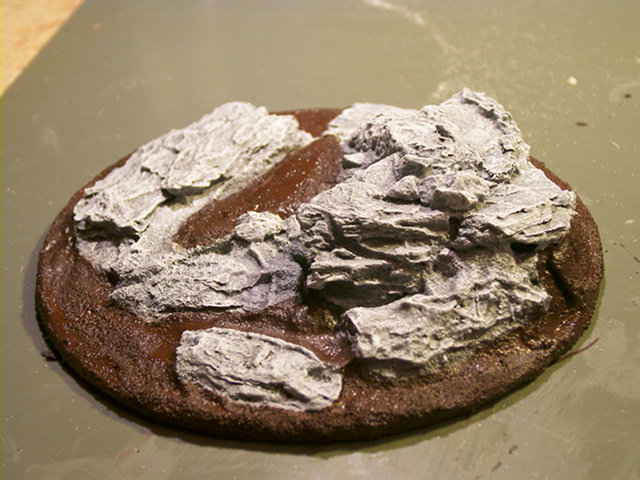 To avoid that the different tones of brown will blur while dry brushing I will have to be patient again. The primer of "scorched brown" now has to dry again for several hours.

The third part of the tutorial will show you the next steps.
Today I found a very good video on YouTube.
If you are interested - here is the website:

Email ThisBlogThis!Share to TwitterShare to FacebookShare to Pinterest
Labels: Terrain