The second battalion of my French Regiment LaSarre has been finished. And here it is. 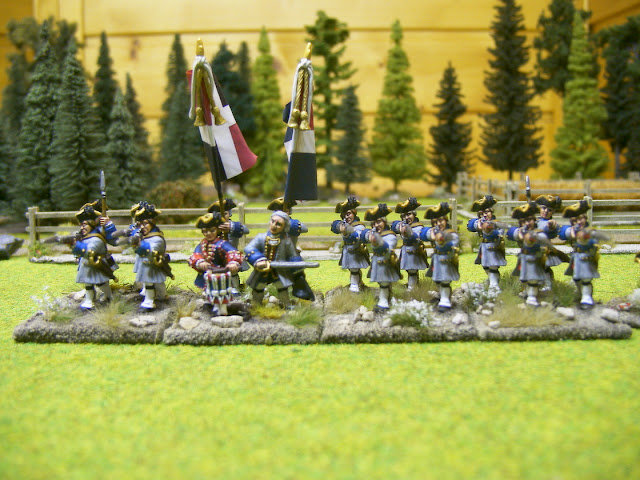 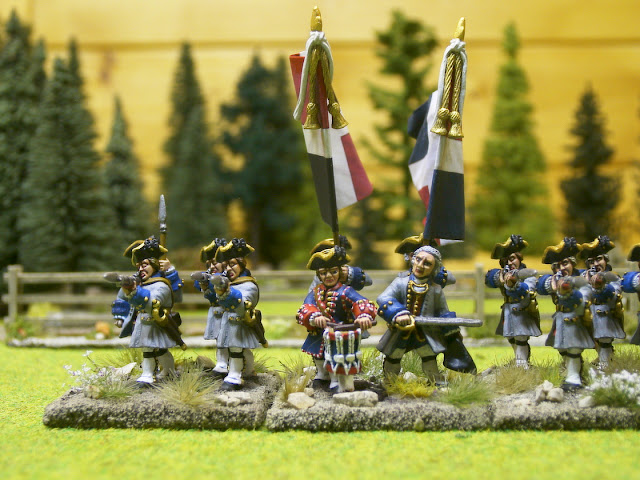 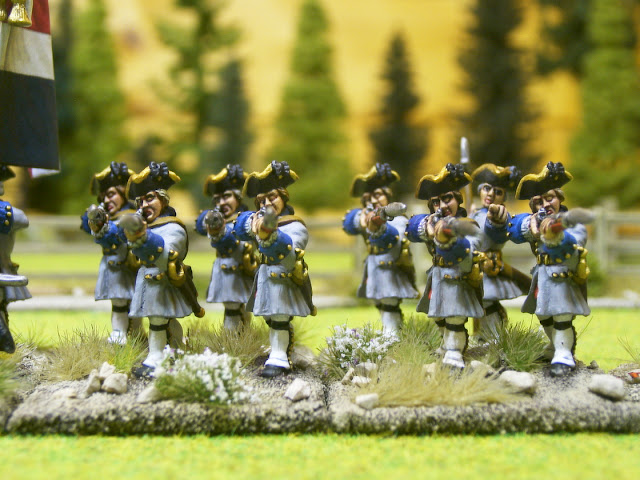 This time I also gave a disruption marker to this unit. As I don´t like to use the same disruption figure for every unit and want to have more diversity I just made a little conversion. This is the first conversion I ever tried. But I think it fits quite good.

First of all I had to find a suitable figure for the conversion. My choice was this French NCO. 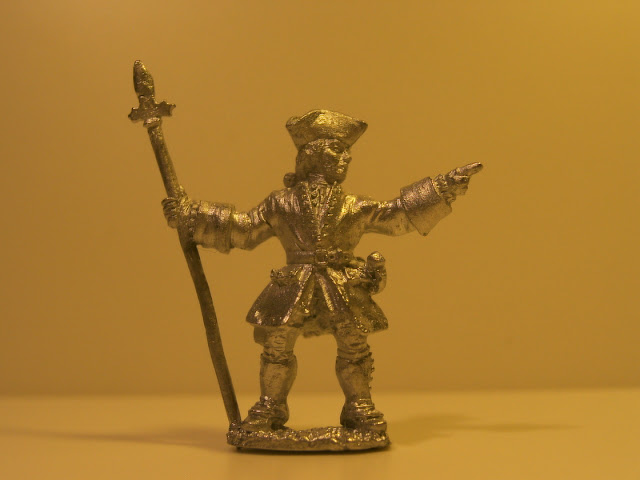 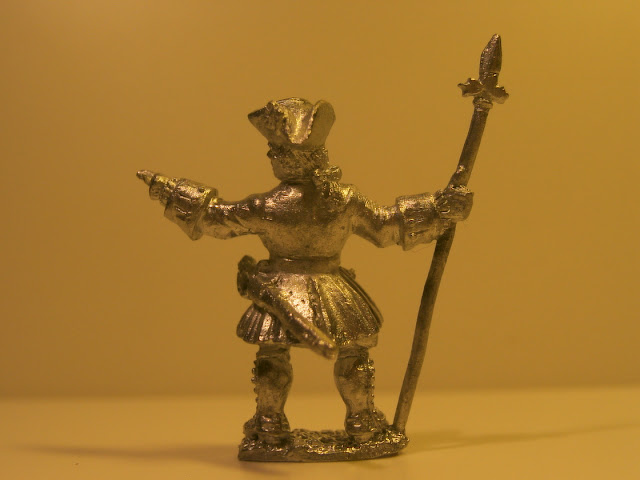 After this I had to change some things. The sponton had to be replaced by a fusil, the base had to be cut off and some other parts had to be added with green stuff to let the NCO become a normal private. So the figure looked like this in the end. 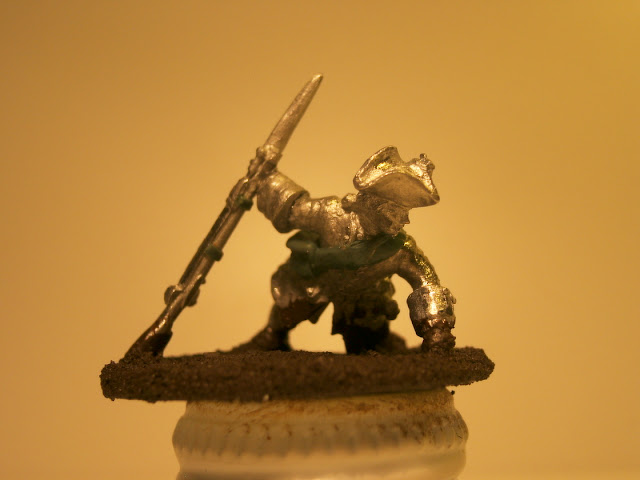 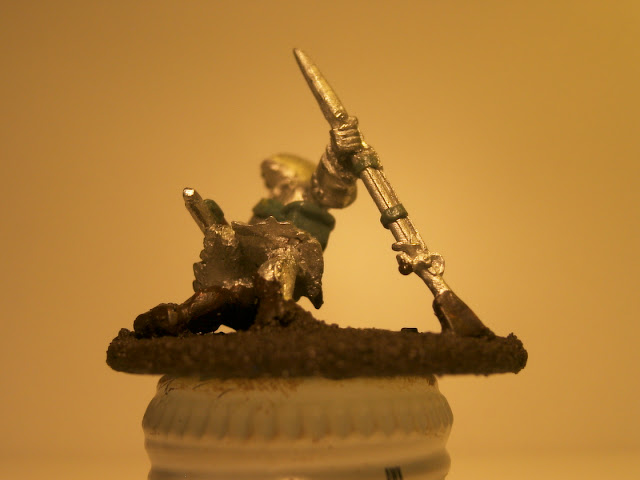 Here are some pictures of the painted figure. 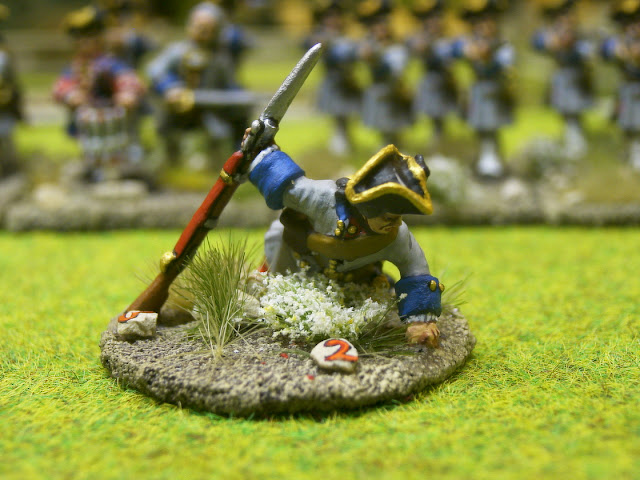 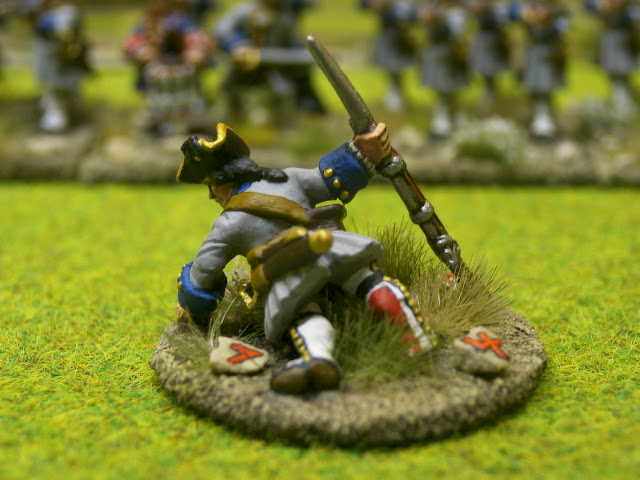 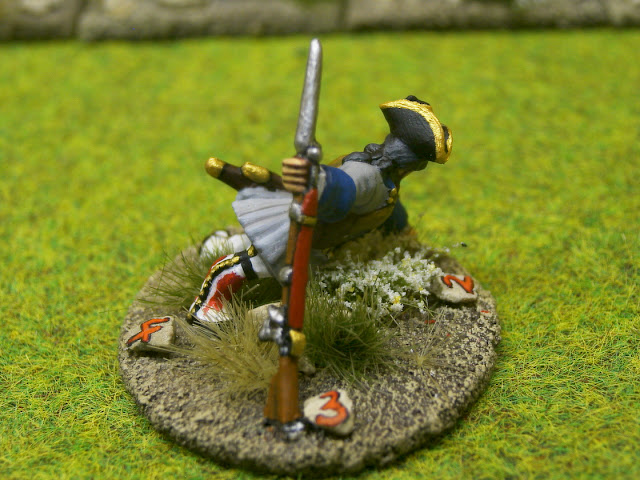 And here is a photograph of the whole regiment with its two battalions and their two disruption markers. Each battalion is a own unit for Maurice. 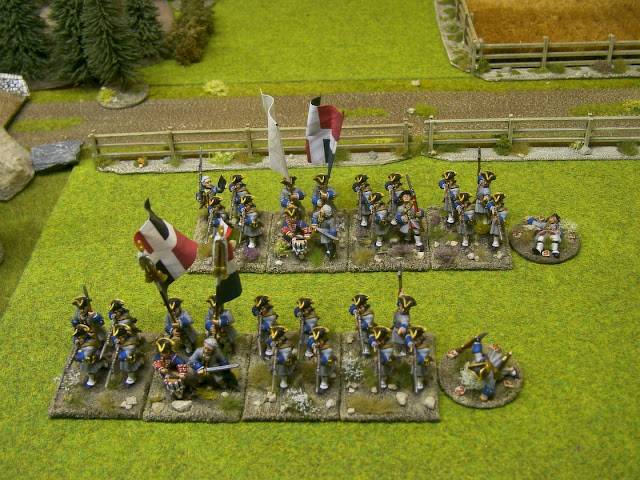 While I sit in my painting room I´m often visited by my little fellow "Tiger" who has his own pillow just next to my working table.
Here he is able to relax from his adventures. Sometimes he looks like a disruption marker, too.
The only thing missing is the numbers showing the levels of disruption. :) 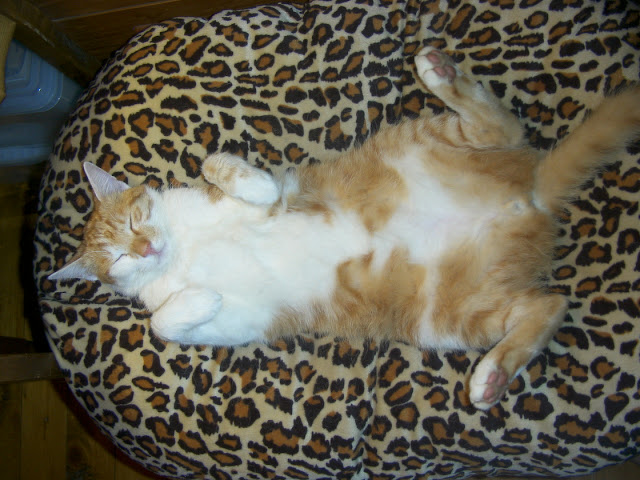