I´m happy to be able to publish another post within two days.
So my good headers at least worked for three days. ;)

Though it´s only a single figure and not a whole unit (a test figure just to check the colors)  I decided to post this figure.
It will be the first one of a Prussian unit for "Maurice".
I bought a couple of 28 figures at CRISIS in Antwerp in November 2013 that have already been layered with primer.
If they hadn´t been already primed I would not have tried to get this figure painted as I want to finish other units first.

My stocks for a Prussian Army are quite good.
I think I could raise about ten infantry units, six artillery pieces, two units of Cuirassiers, two or three units of hussars and a unit of Dragoons von Kleist.
The problem is the painting. :)

As I told in my last post I want to finish other units for my French and Austrian armies of the SYW first.
I will do so, but I also will do some other figures in between just to get some variety on my painting desk. 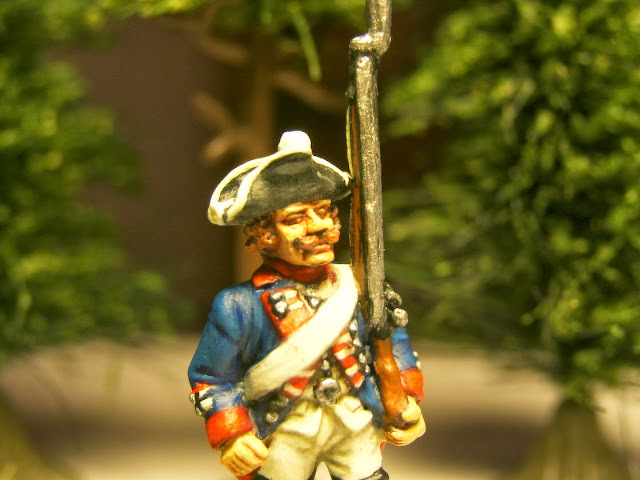 The soldier belongs to the 1st Infantry Regiment, called von Winterfeldt from 1756-1758.
It was raised in 1615 and during the SevenYearsWar it fought at Prague, Rossbach, Leuthen, Liegnitz and Torgau.
It belonged to the Guards until 1713 when it lost its status.

During the SYW it showed average performance but it kept its reputation for it was the oldest regiment of the Prussian Army.
The King Frederic the Great also has been a friend of its owner von Winterfeldt.

In 1806 it has been destroyed being a part of the Corps of Blücher.

If you would like to get further information just take a look at the sites of Kronoskaf: 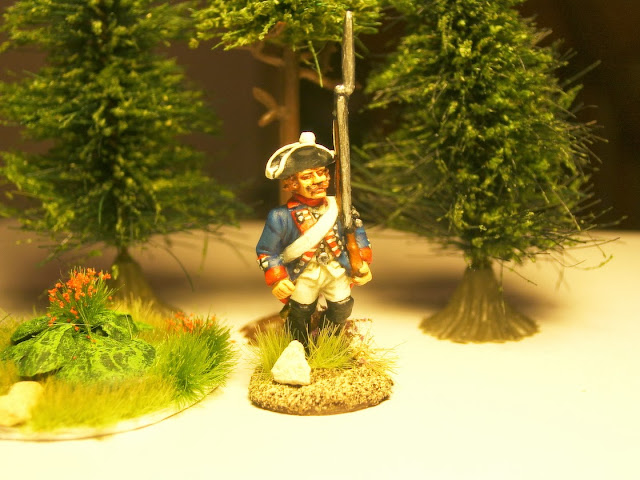 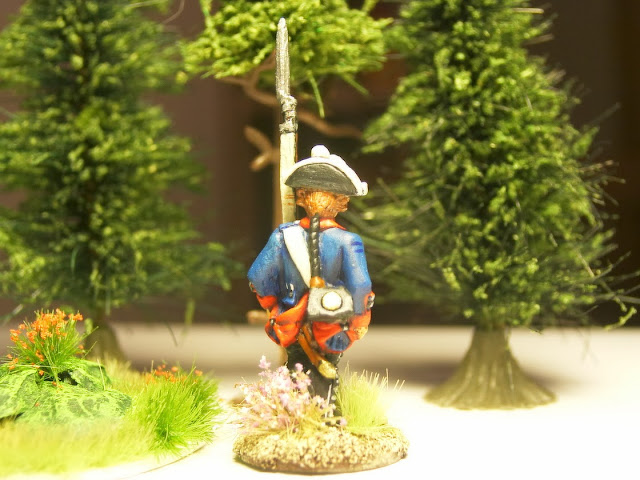 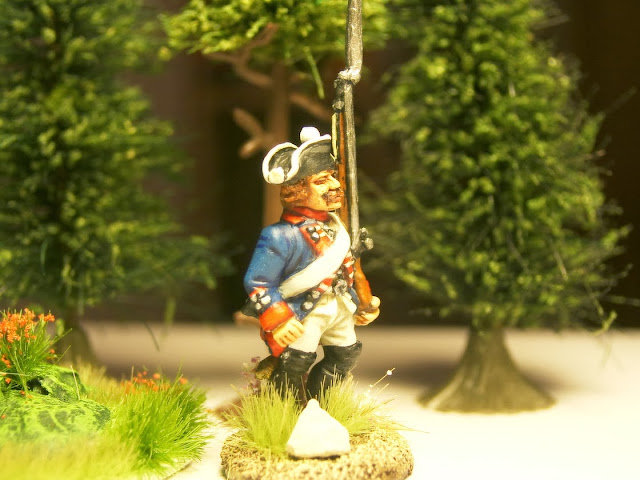 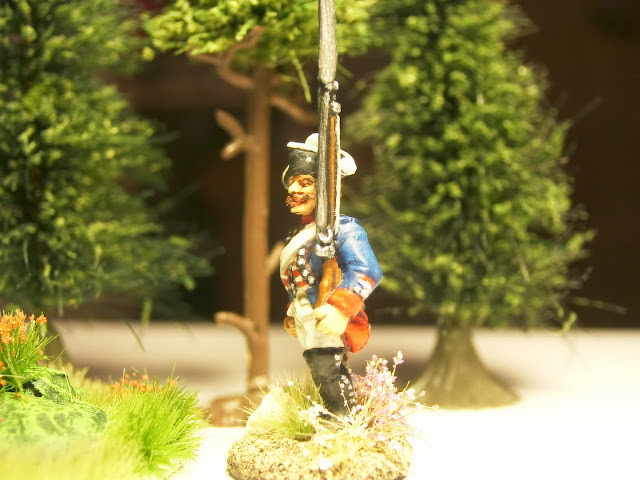 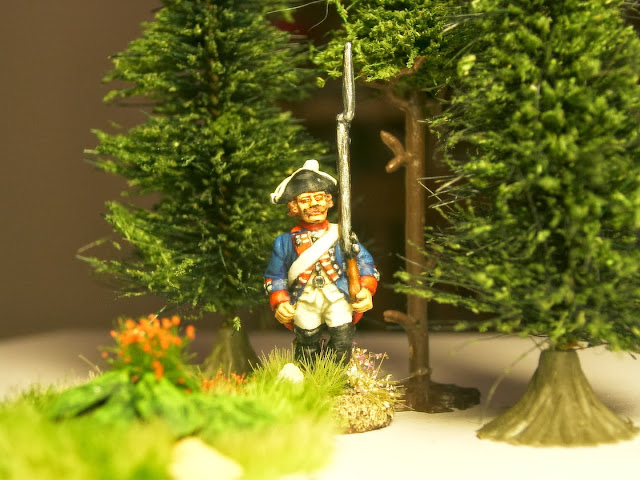 Hope you enjoy the photos. ;)