Partizans at Dunkerque - A WWII skirmish

Last sunday I was able to join a real eye candy skirmish game.

Michi, Franz and I met at Christopher (aka Axebreaker) to play a scenario using the rules of DisposableHeros PointBlank. Personally not my preferred epoch, but you can´t get an impression of somethiing without trying.

Christopher was offering his home for gaming, Michi brought his figures and terrain with him and Franz was explaining the rules. I was responsible for eating and drinking many of the good things Christopher had offered to us. So everybody had a lot to do.  :)

Many thanks to my comrades for this really funny day especially to Michi, who has built up all of the terrain by himself (the ship is converted from a Playmobil ship) and also has painted all of the figures in a very very very.... good style. You can see a lot of other work from him on his blog called "tableterror" (just have a look on my link list).

The scenario was that the Germans had already occupied Dunkerque and some spies had taken a lot of photos concerning the harbor of the town. They spotted almost everything to become their planned attack a great victory for the Resistance. 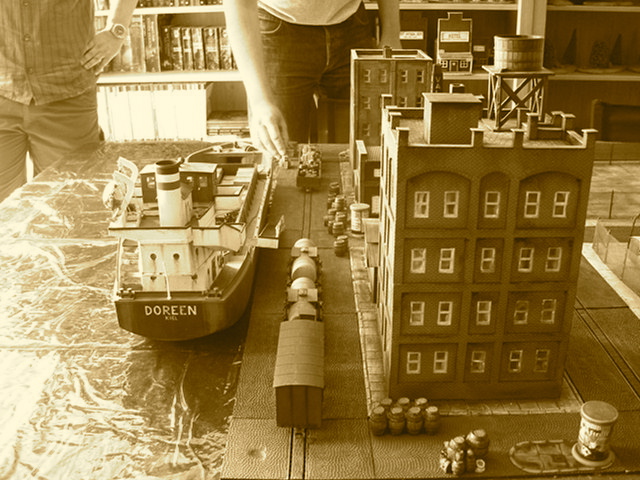 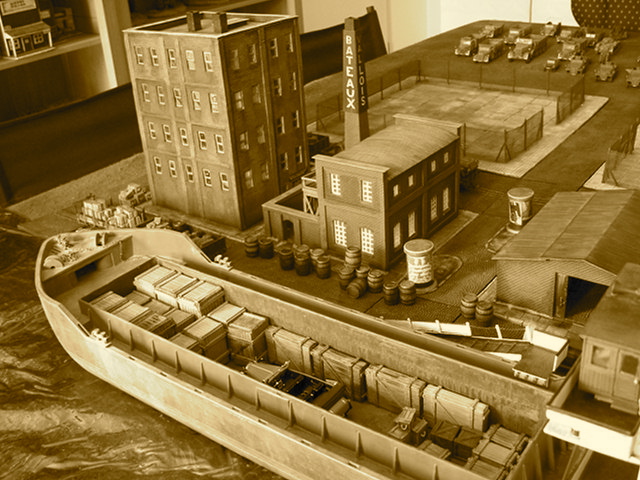 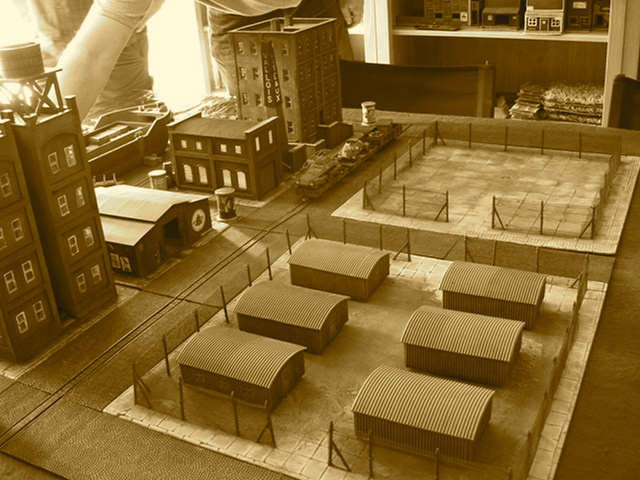 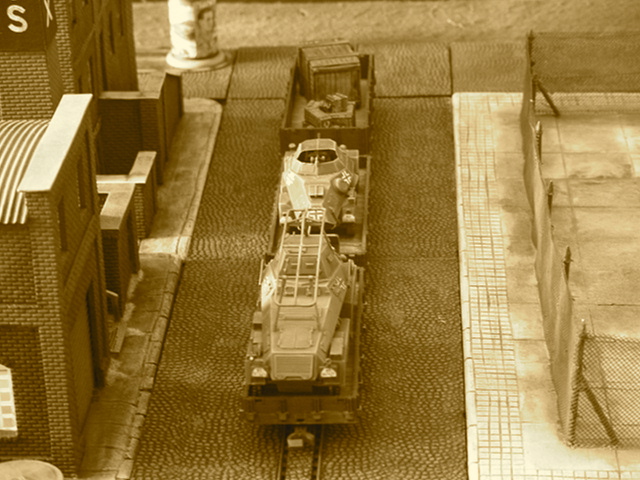 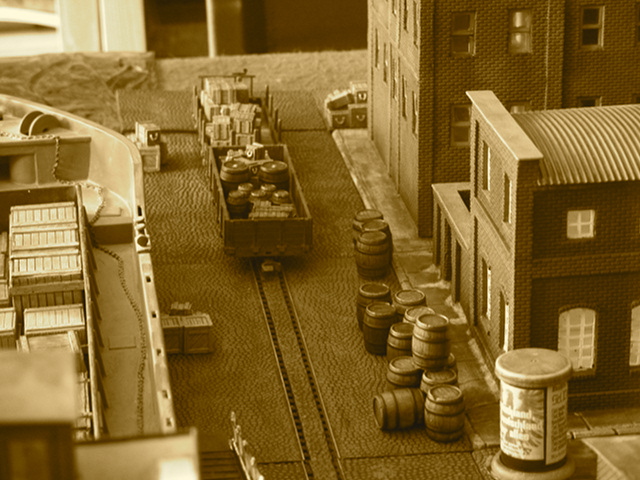 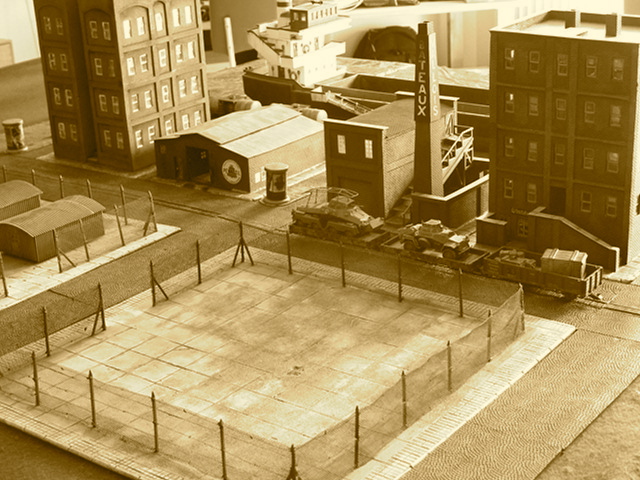 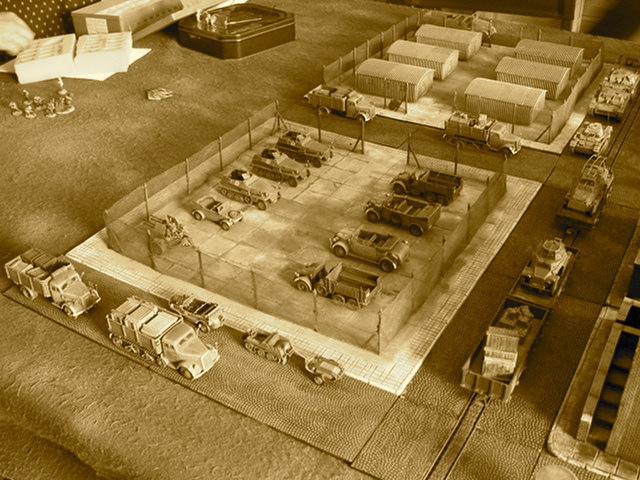 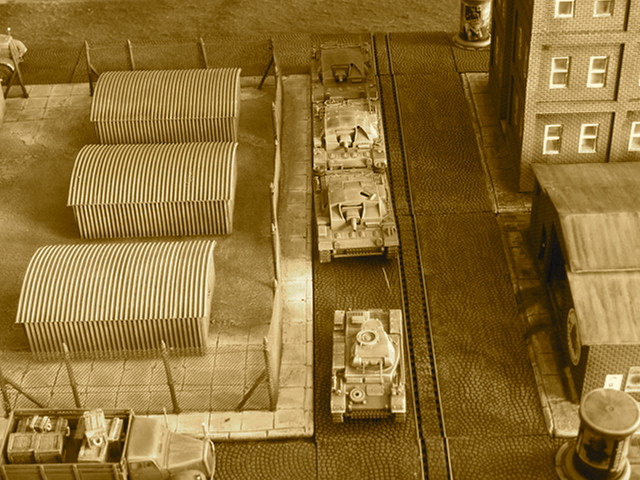 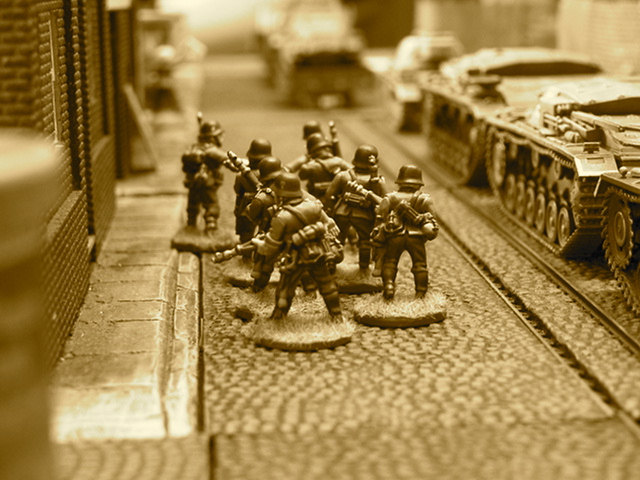 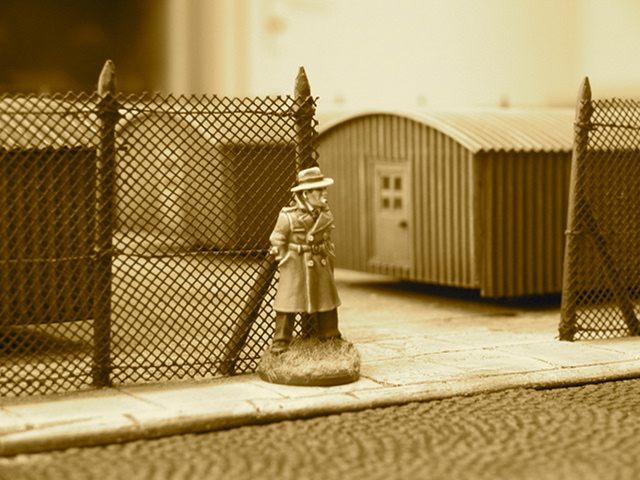 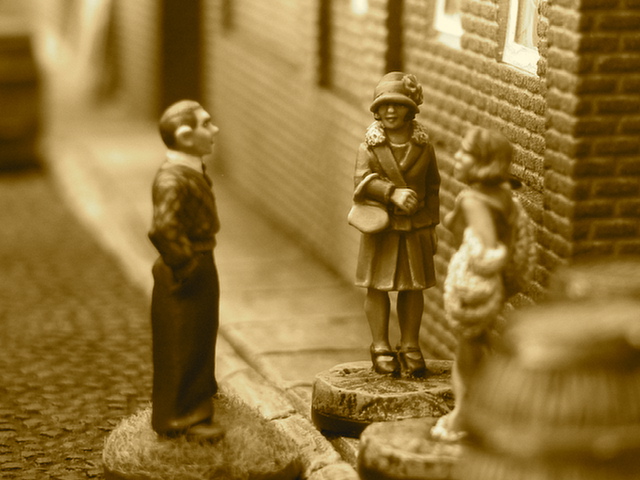 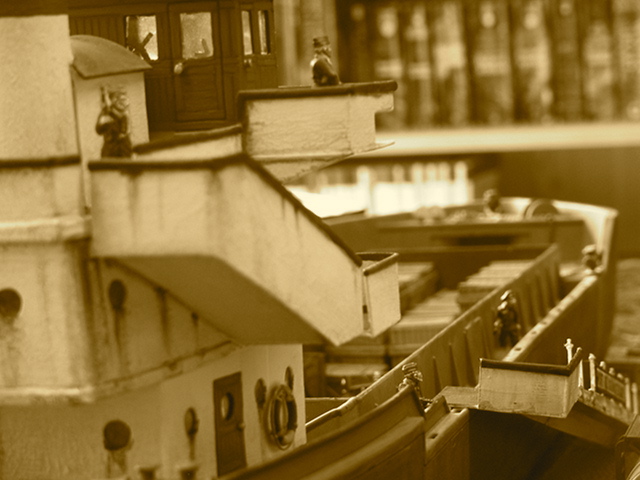 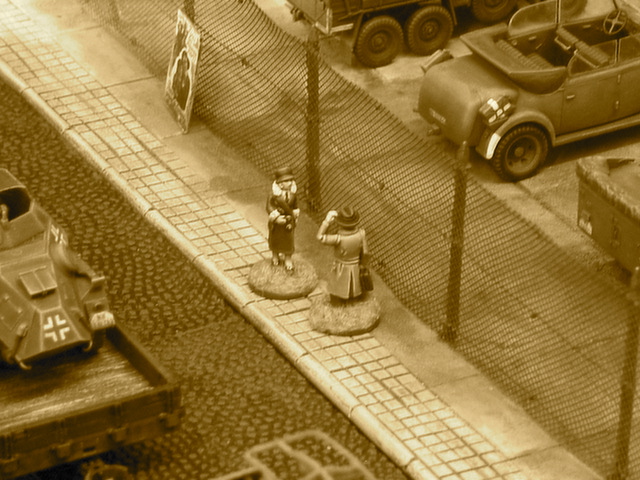 The plan of the French partizans and the English agents was to destroy the ship "Doreen" to unable the Germans to supply troops with goods which would arrive by train and 4 lorries on June 24th for loading the ship. If this would not be able the alternative for them was to catch the goods.

Here are some impressions of the game. 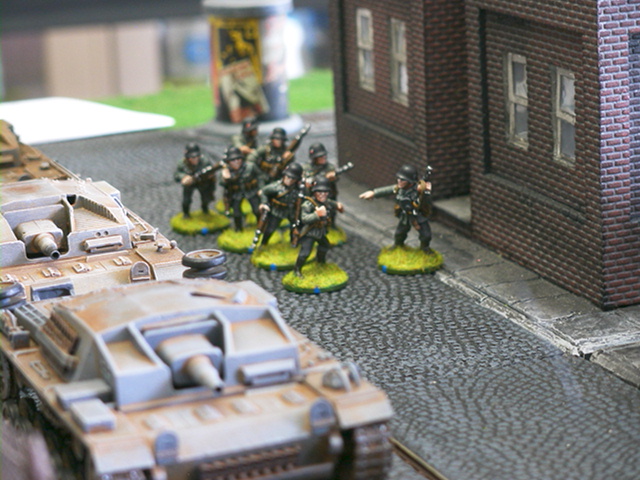 A German squad on patrol. The enemy could be everywhere. 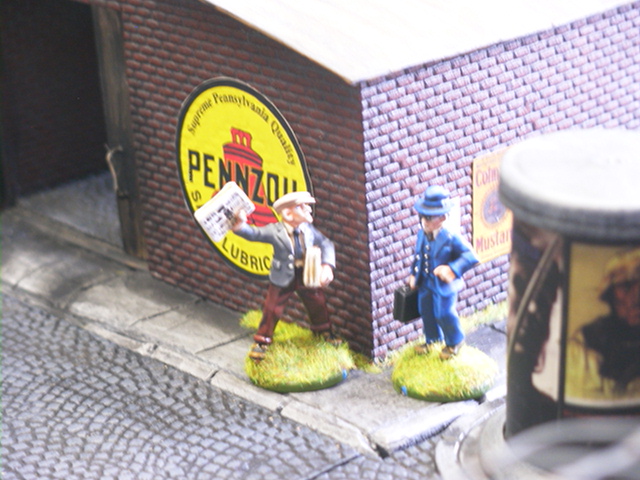 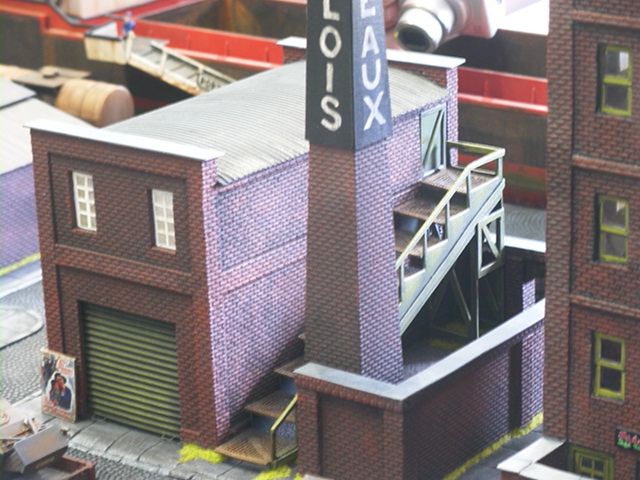 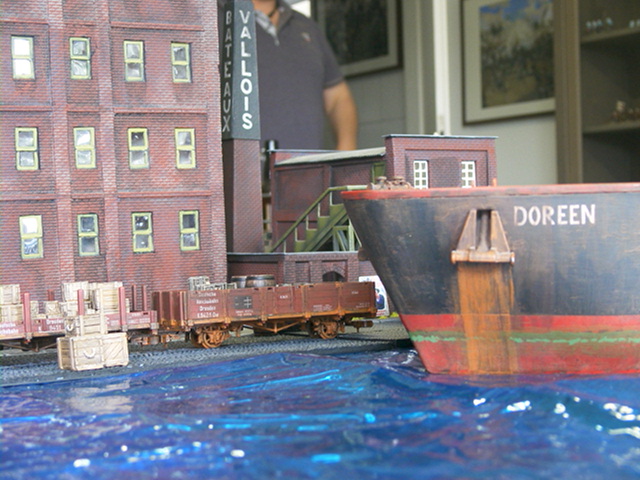 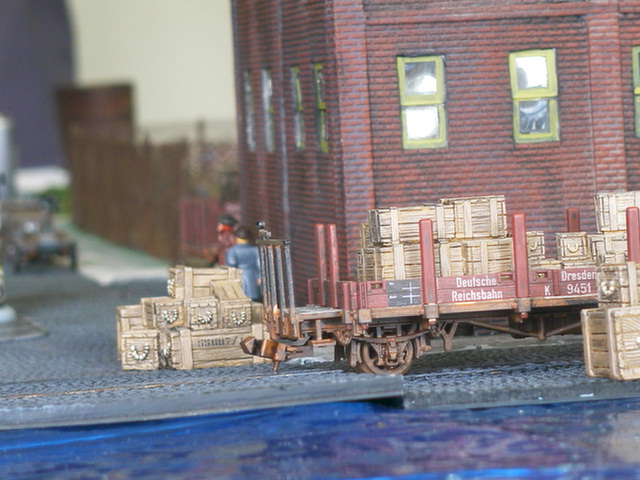 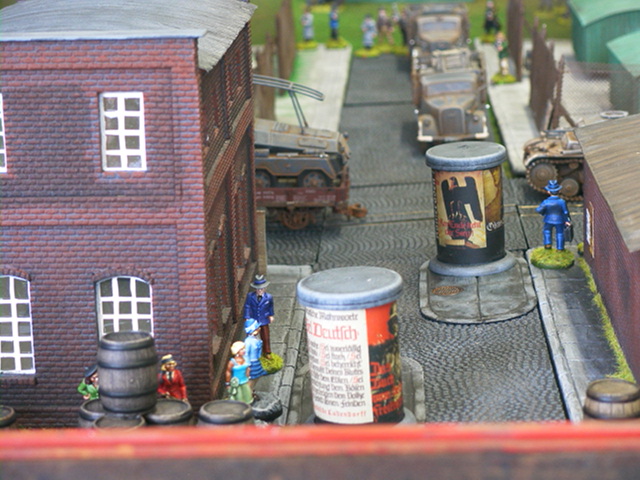 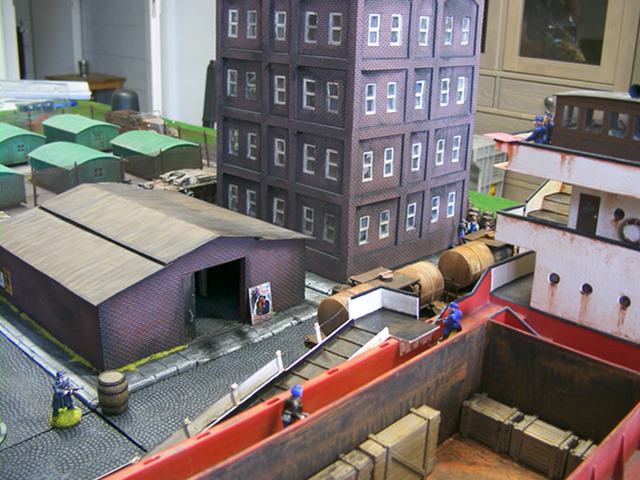 The guy on the left hand of the photo is a British agent who just entried the scene by coming out of the canalization of Dunkerque. Immediately he started a heavy firefight with the sailors of the "Doreen". 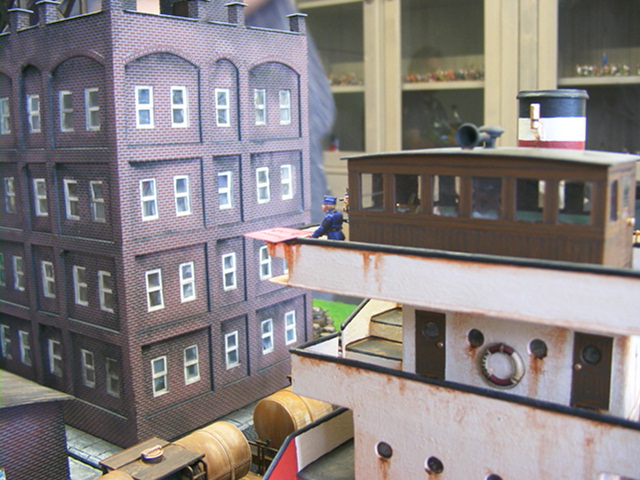 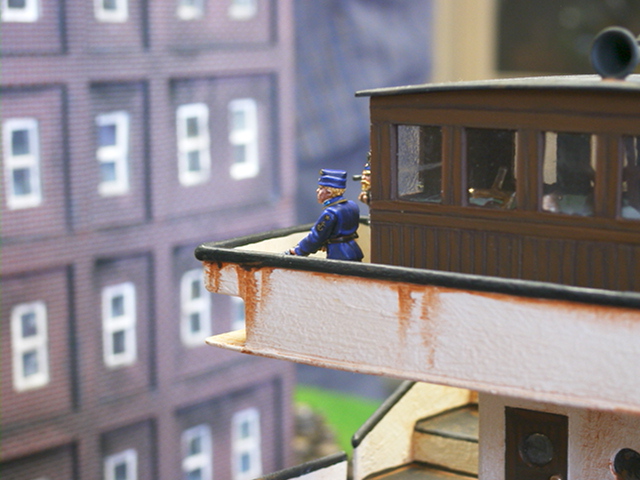 The German sailors on the ship fired back with a heavy MG but weren´t able to get rid of the agent. The agent even won the firefight and managed to shoot the gunner of the HMG team before he was wounded and taken out of action by another sailor. 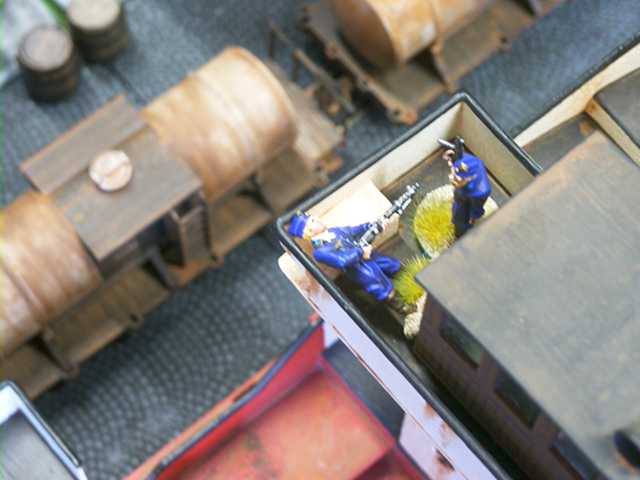 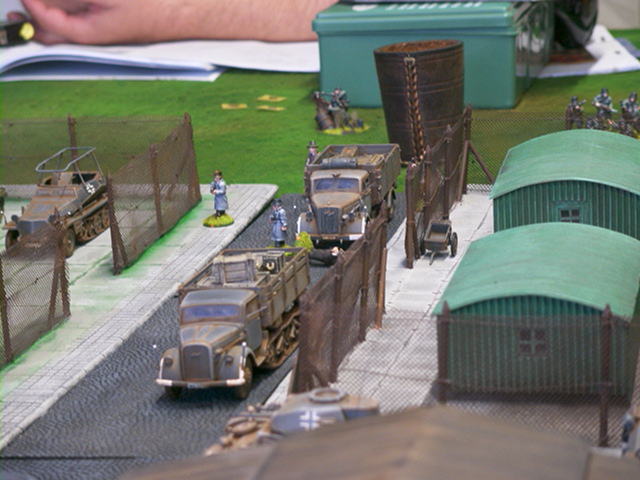 Meanwhile the other British agents had been able to capture one of the supply-lorries and started to drive down the street. 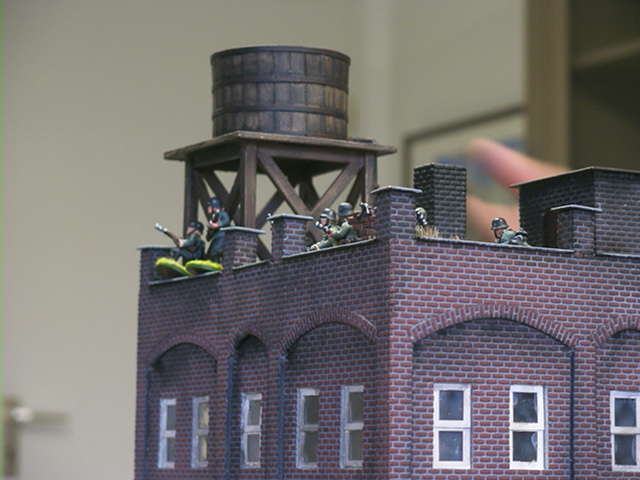 Alarmed by the heavy firefight at the ship a second German squad took cover on the roof top of the head quarter. From this point they had an ideal view over the whole terrain and started to fire at the captured lorry. Two well placed salves of the HMG destroyed the tires and even the lower hull with heavy hits. The lorry just blew up. 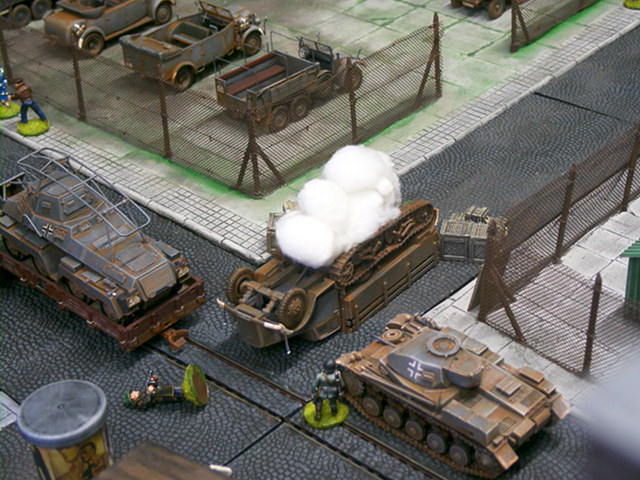 Because of too less time we didn´t manage to end this game, but it really had been a lot of fun.
In my opinion the fun factor of a game is not only depending on the chosen rulesystem but also very much on the quality of the painting of terrain, models and figures.

For me a game also has to be eyecandy.