During the last few days I just started to have a closer look at the rules of SamMustafas "Maurice". The system seems to be great fun though I haven´t played a game yet. I´m looking forward to do the first test game very soon. Probably someone of you already had the chance to play the game and could leave a short note about his impressions.

After having read the notes on the basing system I wanted to form a unit for Maurice with my already painted French regiment LaSarre.

I decided to get my bases generally 4cm in front and 5cm deep. The first reason for this size is because I already have based some units for "DieKriegskunst" like this (see my Austrian regiment Loudon or my Austrian Esterhazy hussars I´ve posted on my blog. The second reason is that cavalry wouldn´t have enough space on a size of 4x4cm.

Before I got in contact with tabletop I was just painting figures for fun and used to base my single figures on 5cent-coins (Euros). A really stupid idea. I yet had to realize that my former basing system doesn't work for a front that measures 4cm. Two 5cent-coins next to each other are wider than 4cm. Sh.., ehm,  what a pity.

This meant that my already finished regiment couldn´t be based as easily as I wanted to.

So I started to fix two ready painted figures each on a single base directed in the way the following photos are showing. 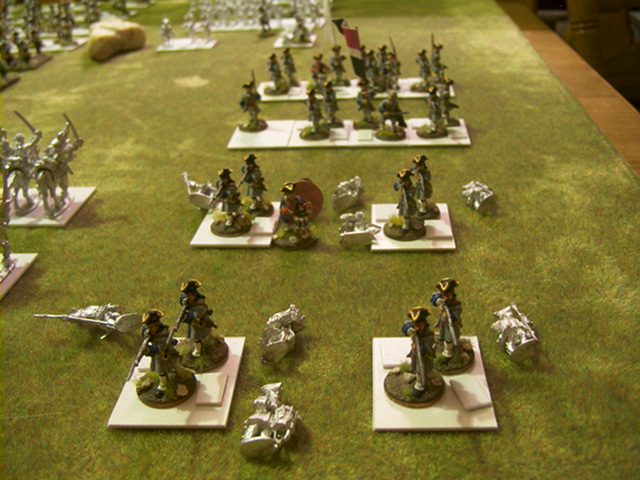 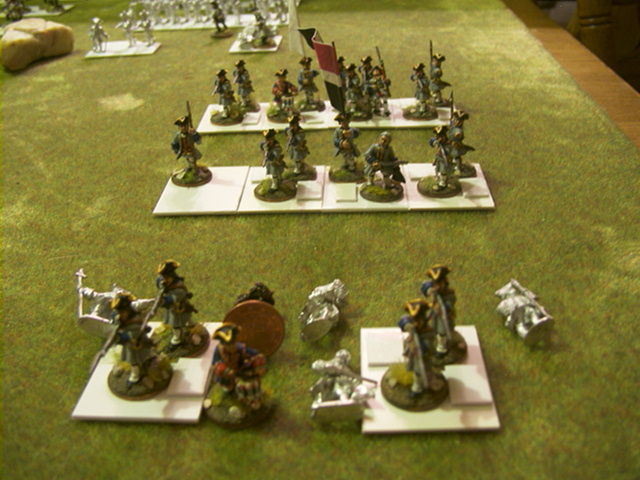 This decision means that the unit has to get reinforcements to fill the gaps. Having a look at my stocks I noticed that there are only 3 fusiliers, one officer and one ensign missing to build up at least two complete regiments, each consisting of two battalions in the manner of Maurice. I just will have to repaint the lapels and collars of 8 finished soldiers from LaSarre into red instead of blue and I will get the next regiment Rouergue. And I´m a lucky one because I already have the relevant flags within my collection. :)

The missing figures will be ordered within the next few days. For it won´t be worth placing an order of 5 figures at FrontRank I´ll bet that Mr Alec Brown will have to send me much more figures. :)

The next pictures show the primed reinforcements for completing regiment LaSarre and starting regiment Rouergue. 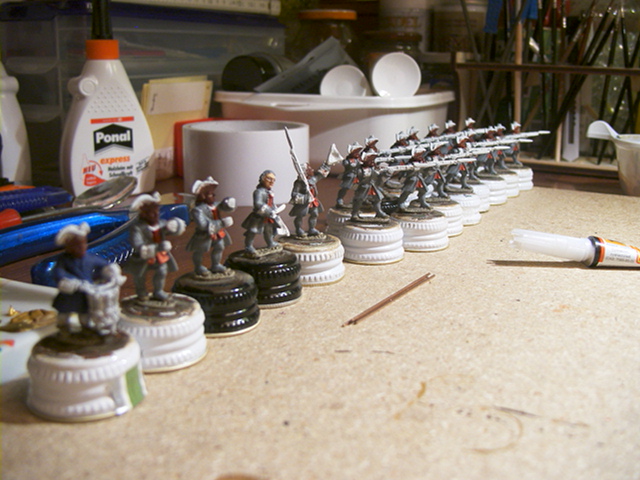 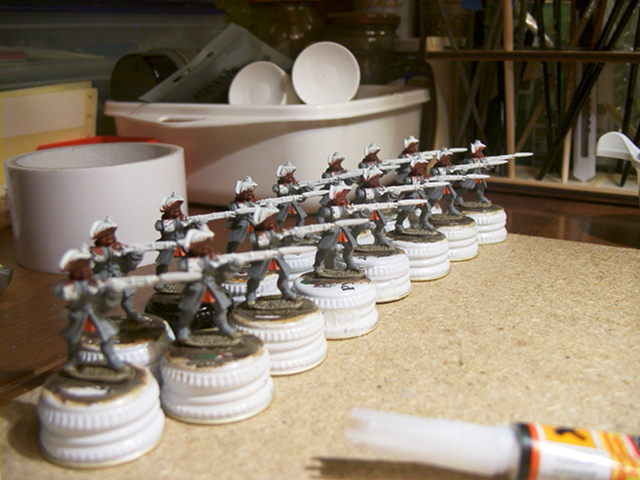 And - tataaaah - yesterday I finished the first base filling the gaps with two new painted figures, recognizable by the missing coins.

The sanding and flocking will be done after having finished the painting on the missing minis.
Here you are. 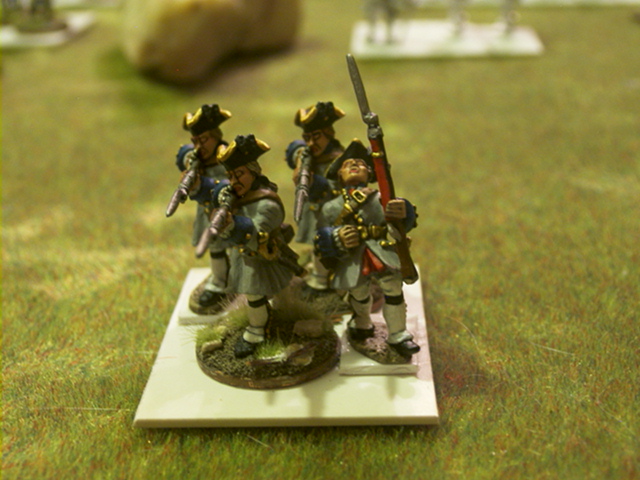 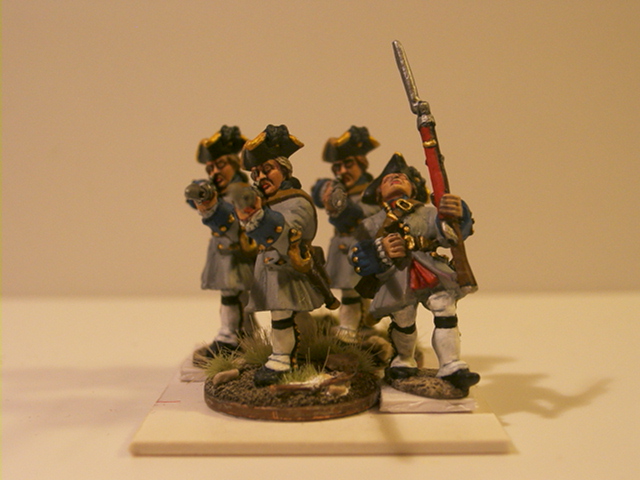 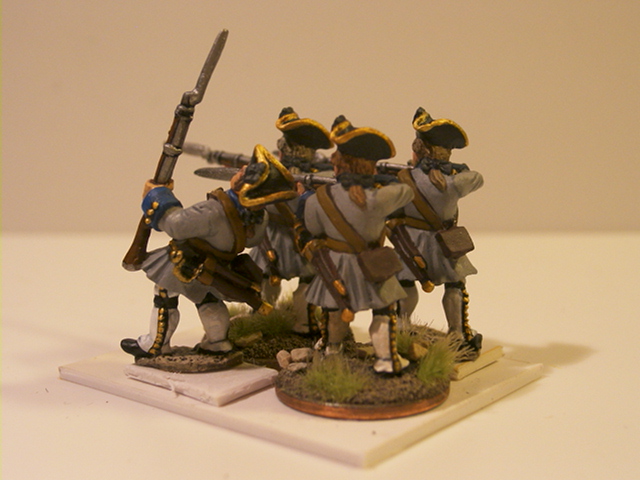